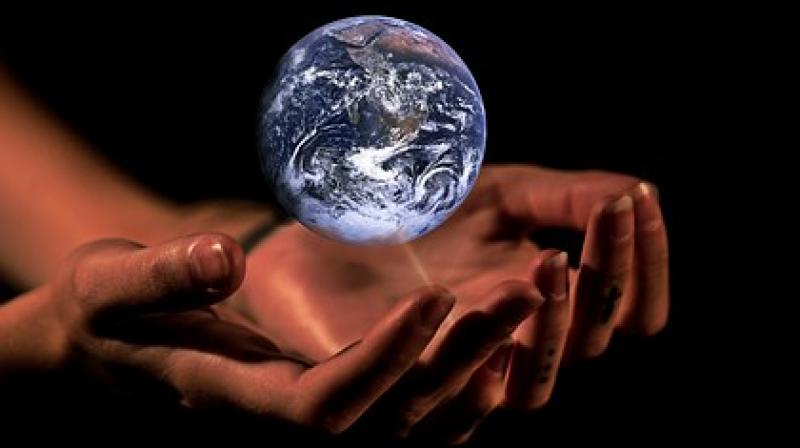 By looking at unique aspects of humans, maybe we can tap into these aspects to lead to the dramatic and widespread change that is urgently needed. (Photo: Representational/Pixabay)

Washington: While there have been many predictions about climate change and ways to address the same in the headlines lately, talking to a friend or neighbour about energy-efficient things and taking initiatives at an individual level could do a much better job in reforming the situation, according to a new study.

"But social processes are often neglected in climate models," she added. The researchers believe much of the answer to solving the problem of climate change, lies in coupling climate change models with social learning, or how learning from others affects our opinions or actions.

Anand said, "We've studied everything from pest management to forest sustainability to human disease spread and found that human behaviour is key. So we decided to apply the framework to climate science."

For this new study, they combined a common climate prediction model with a new human behaviour model to look at interactions. They found that social learning about mitigation strategies such as hearing that a friend has bought a new hybrid car or adopted a plant-based diet can influence social norms in ways that ultimately affect climate outcomes.

The more people become mitigators through social learning such as attending town hall meetings, taking courses or talking with neighbours, she said, "the faster the population will switch, and that will have a direct effect on reducing CO2 emissions."

Anand said the socio-climate model suggests the best approach combines high social learning rates with novel mitigation measures such as government regulation or technology development. Co-author Thomas Bury said, "Our socio-climate model indicates that an increase in social media and other campaigns to raise awareness, such as climate marches and international reports, should ideally be followed by governmental and other incentives to reduce carbon emissions."

The model also found that social variables are far more important than geophysical like surface heat reflectivity, plant respiration etc. "By looking at unique aspects of humans, maybe we can tap into these aspects to lead to the dramatic and widespread change that is urgently needed," she opined.