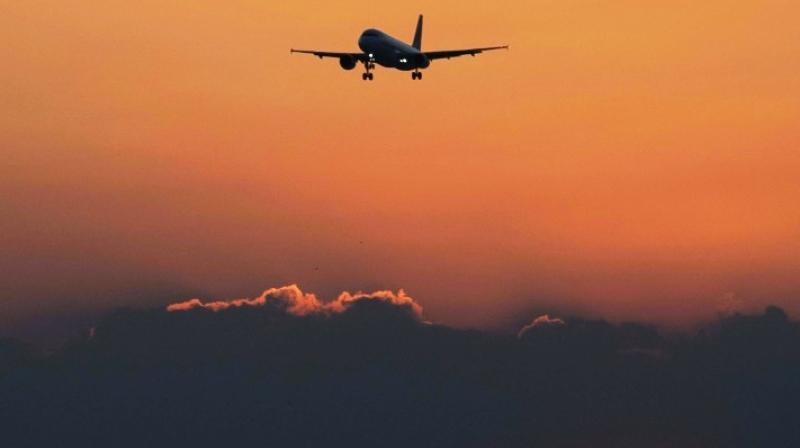 Washington: Under pressure from frequent flyers alarmed over climate change, the airline industry says it is "hellbent" on reducing emissions — but the technology needed to drastically reduce its carbon footprint is still out of reach.

In recent months climate activists have stepped up efforts to convince travellers to boycott air travel, with Swedish schoolgirl and campaigner Greta Thunberg spearheading the trains-over-planes movement and making "flygskam", or flight shame, a buzzword in the Scandinavian country.

"The sector is under considerable pressure," admitted Alexandre de Juniac, chief executive of the International Air Transport Association (IATA), whose members met this week in Seoul. The industry has been under fire over its carbon emissions, which at 285 grams of CO2 emitted per kilometre travelled by a passenger far exceed all other modes of transport. Road transportation follows at 158 and rail travel is at 14, according to European Environment Agency figures.

De Juniac said the industry was "hellbent" on lowering emissions but the sector is also accused of underestimating its environmental impact, with the IATA chief lobbying heavily against a "green tax" on aviation backed by several countries including the Netherlands. "Often these taxes are absorbed in the budgets of states and are spent on whatever they want, except the environment," he said.

The International Civil Aviation Organization (ICAO) estimates that air transport is responsible for two per cent of global CO2 emissions – roughly equivalent to the overall emissions of Germany, according to consulting firm Sia Partners.

But aircraft also emit particles such as nitrogen oxides, which can trap heat at high altitude, meaning the industry is actually responsible for five per cent of global warming, according to the Climate Action Network, an umbrella group of environmental NGOs.

The industry has committed to improving fuel efficiency by 1.5 per cent per year from 2009 to 2020 and stabilising its CO2 emissions in preparation for a 50 per cent reduction by 2050 compared to 2005. It is a major challenge given that the number of passengers is expected to double over the next two decades to reach 8.2 billion in 2037.

Companies are banking on a new generation of less polluting planes with updated engines, aerodynamic modifications and fittings that weigh less – among them tablets to replace heavy pilot manuals.