Rocket Man to the rescue

Praneet Singh Mehta, a Delhi businessman, is trying to keep teenagers away from vices and bad company. 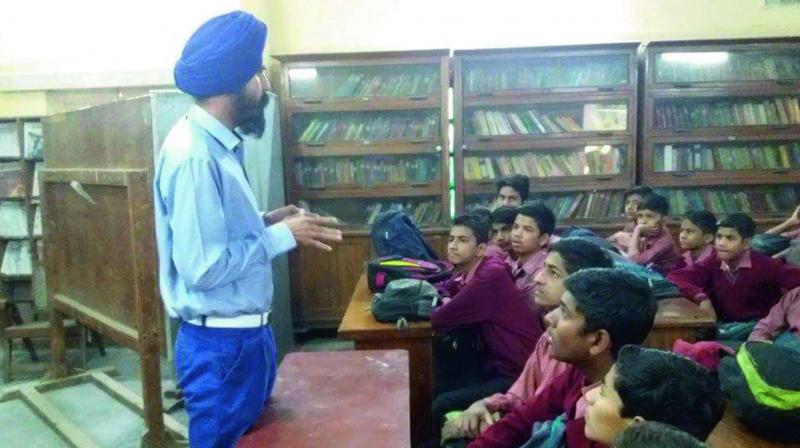 Often one can spot students loitering in public places in school uniforms when they ideally should be in school. While most would be quick to label the kids ‘bigde hue bachche’, a Delhi businessman thinks otherwise. Praneet Singh Mehta strongly believes it’s not the child who is at fault but most likely the circumstances. The man, who loves to be called ‘Rocket Man’, goes around talking to such kids and helps them differentiate right from wrong.

When adults many a time err in their judgment, how much can one expect from a teenager who is just learning the ropes? All of us need a little guidance sometimes after we’ve strayed from our path, says Mehta and so, he lends a helping hand instead of being a critic. “My main focus is those kids who leave their homes every morning under the false pretense of going to school but bunk classes. Instead, they go and hang out with people who pose unknown potential threats to them. Mostly I find such kids at and around India Gate. They are usually easy to spot because of their school uniforms, and often they are in the company of those way older than them. Therefore, when things look suspicious, I enquire why the kids are wandering around in daytime,” says the good samaritan.

Often the teenagers, who tend to have a rebellious streak, don’t readily accept Mehta’s authority. To tackle the situation, Mehta, who knows most school principals in the city, calls them and informs about an absentee student.

But it’s not that he believes in punishment. On the contrary, he has only compassion for kids. Rocket Man observes, “Kids who land up in such trouble the most are ones who have newly attained puberty. It seems that these kids get caught up in such unhealthy practices because either they feel neglected at home by their parents or are swayed by unhealthy social media influences. It’s not the fault of the children. All these kids need is a little care and attention.”

Mehta also conducts workshops for school children. “In most cases, the kids don’t know that what they are doing is actually wrong since they have never been told otherwise as a result of negligence by parents or teachers,” he adds.

Mehta counsels kids to help them differentiate right from wrong but he wishes to take it to the next level by someday starting counseling for parents as well. “More than the kids, it is the parents who need to understand the gravity of this issue. Because no matter how much people earn, their real wealth is their family. Instead of pushing them to the sidelines, kids should be the ultimate focus of the parents’ attention,” he says, hoping to keep continuing the good work he is doing.