Adventures of a doctor

Doctor Michael Mosley, who is busting a lot of Indian myths related to health, is not shy of extreme expreiments. 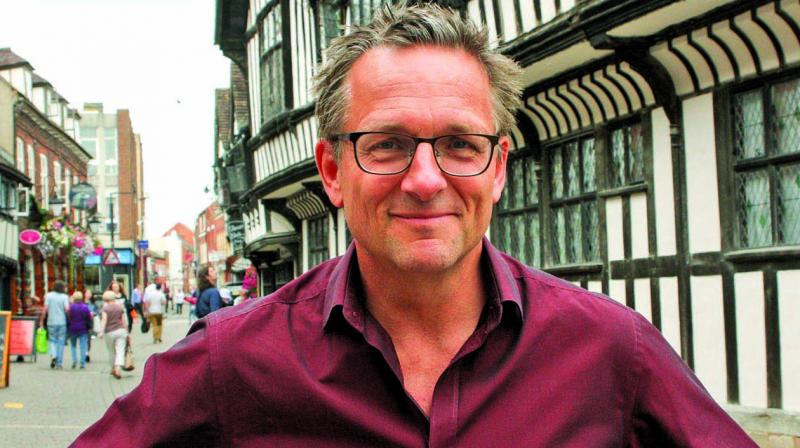 Michael Mosely presents the programme from the city of Worcester.

Dr Michael Mosley is an international legend known for popular shows like ‘Trust me I’m a doctor’, ‘Truth about calories’ etc where he busts common myths. Born in Kolkata, India, he trained as a doctor at the Royal Free Hospital, part of the University College London. He then joined the BBC as a director, producing hugely successful award winning series like ‘Supervolcano’ and ‘Pompeii’. As a presenter, he has made numerous series for the BBC and the international market including ‘Inside the Human Body’, ‘The Young Ones’, ‘The Truth about Exercise’ and ‘Eat, Fast, Live Longer’.

He is the main presenter of the popular series ‘Trust Me I’m a Doctor’ giving definitive answers to health-related questions. He conducts experiments on himself to provide viewers with the evidence behind health claims so they can make their own health decisions. He has busted many myths such as “Is coconut oil good or bad for your cholesterol?”, “are e- cigarettes safe?”, “can plastic water bottles cause cancer?” etc.

Winner of 2 Emmy’s and a BAFTA, Michael was named ‘Medical Journalist of the Year’ by the British Medical Association. He has written three international best sellers, The Fast Diet (also known as the 5:2 diet), Fast Exercise and The Blood Sugar Diet, which have sold in more than 42 countries. 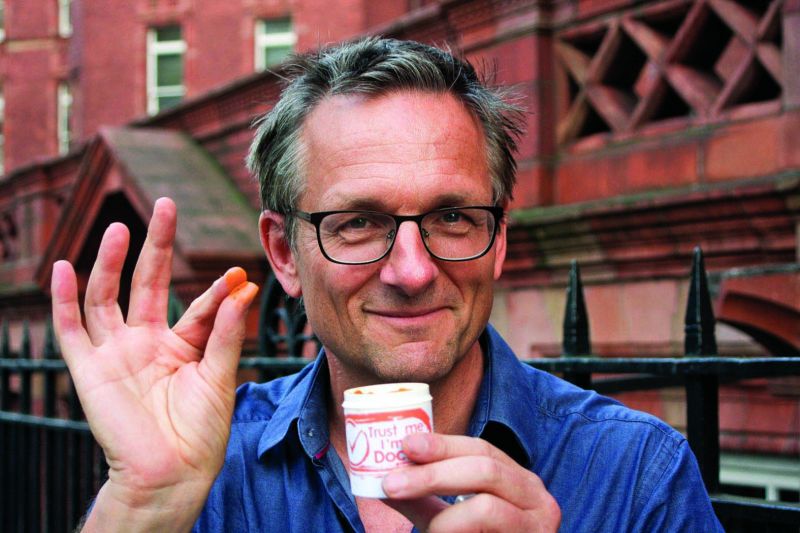 During his visit to India, he spoke to us about the shows and his association with Sony BBC Earth and also about breaking common myths related to health and well-being and shared tips for a better lifestyle.

Speaking about his shows with BBC he says— “I also did a program called ‘Infested where I infected myself with tapeworm and other creatures which will be also on the channel.”

To be honest, this was interesting as well as scary and a lot gross too. So we had to ask him why on earth he thought of doing something like that to himself in the first place! “Many years ago I made a film with an Australian scientist who had deliberately swallowed some bacteria to show that stomach ulcers are not caused by stress but caused by this creature and I got very interested in that, so I started researching and I learnt that a lot of doctors have found a great deal about lot of things by experimenting on themselves and I thought that would be quite fun to do and 6 years ago when I discovered that I had type 2 Diabetes, rather than starting on medication, I thought I would find out a way to cure myself and at the same time I would make a television program about it.”

Now that sounds legit, it isn’t something new for scientists and doctors to conduct experiments. But what still had us thinking was why do it on yourself? Is it worth it? “I have a lot of films where I have done self-experimenting whether it is for sleep or for exercise. By doing that I can give viewers more entertaining television because you and I quite never know what is going to happen so it makes it more dramatic. The reason we watch cricket is because we don’t know what the outcome is and it is that what kind of makes it more interesting. So you really don’t know when a crazy doctor  swallows a tapeworm, what might happen after that. We do real science on ‘Trust Me I am a Doctor’ and we really don’t know when we start an experiment about the outcome. It scares my wife a little bit. My wife is a doctor and so she sometimes worries that I might do something really crazy to myself but I only do it after I get proper permission to do something really really stupid. So I do get a little bit worried sometimes before I begin if these things will turn out okay but you never know”, muses Michael.

Diet is something that is quite hyped in today’s time and there are numerous blogs, tutorials and health gurus that are working out of their way to invent a perfect diet, but often are unable to get the desired results. So, we thought let’s hear about another much hyped diet— ‘the fast diet or the 5:2 diet’ and see if this makes any sense.

“BBC let me make a film which is called EAT Fast Live Longer and in the course of that I invented a new diet called the 5:2 diet which is all about intermittent fasting and I wrote a book about it called ‘The Fast Diet’ and that was very successful both as a television program and also helping people heal themselves. So the 5:2 diet is a diet that I invented 6 years ago and in this basically what you do is that 5 days a week you kind of eat normally and the other two days you turn down to about 600-700 calories. So normally I would have a couple of eggs for breakfast which is 100-160 calories and then I’ll have some soup and then I’ll have lots of vegetables or ‘daal’ and some fish or maybe a little bit of meat in the evening. Although it’s called fasting it is actually cutting your calories and giving yourself a little bit of a breather as your body needs it”, explains Michael.

Talking about debunking myths on his show, he says—“I’ve already received some interesting questions. A myth is you should eat smaller meals all through the day and it is possibly the worst myth ever, I think one of the reasons Indians have become more overweight is because you eat lots of snacks and unfortunately lots of small meals turn into bigger meals so having a lots meals is a bad idea. I am looking forward to more questions from the Indian audience and I am told that there’s a reasonably good fan base here,” he signs off.