After Finland’s decision to give equal parental leave to both genders, Indians weigh in on why we need to follow suit. 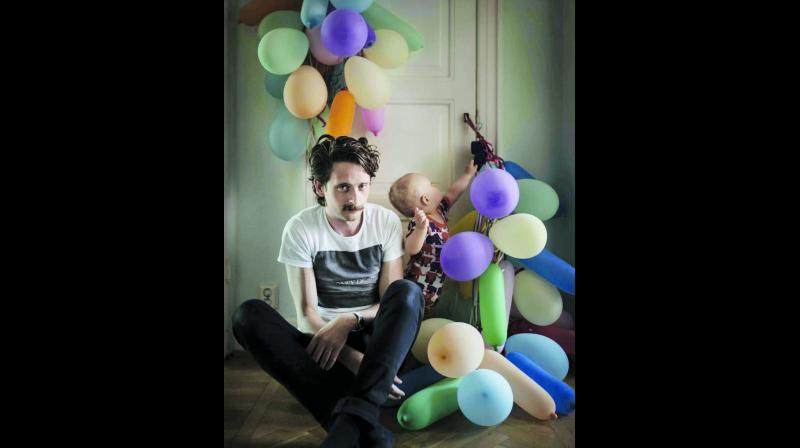 Johan Bavman from his photo series of Swedish Dads

Finland’s Prime Minister Sanna Marin on Thursday made a revolutionary announcement that fathers will get the same duration of parental leave as mothers, thus indicating a clear stance in the fight for gender equality. This idea is somewhat utopian to Indians, especially to private-sector employees, where paternity leave is largely not a concept — While new mothers have 26 weeks of paid maternity leaves under the Maternity Benefit Act in India, fathers only have seven days off, including weekends.

“We don’t consider that as important thing. You get one week of leave, and if in case of C-section delivery, that week is gone in hospital. That’s the time when the father would spend time with the child,” says Deepak Khandelwal, an investment banker in a private firm, who only got five days of paternal leave after the birth of his now-six-month-old child.

An older mindset
It is no surprise that having a child comes with unpredictable challenges that can demand immediate attention. The new system in Finland accounts for this, allowing each parent 164 days of paid leave, 69 of which can be transferred to the other parent. The scheme is applicable to single parents as well; they too are entitled to take all 328 days of leave.

However, India remains among the 90 countries in the world that do not have a national policy about paternal leave. Indian labour law allows no paternity leave for private-sector workers, but government employees can take up to 15 days off.

“This has more to do with the mindset of the people: We think only women need leaves post-delivery, so what men have to do in that (sic)? Men are not voicing that they need paternity leave, so until there is a requirement, no one wants to pay attention to it,” opines Anju Mathew, a senior human resource executive at a private firm. She adds that people are happy with what other leaves they get, and their requirements are met.  “At times when they have the option of leaves and monetary benefits, they chose to go with compensating their leaves with extra money. No one is raising their voice,” she says.

Similarly, Rishabh Gupta, an operation manager in a BPO, opined that a new mother cannot raise a child alone while recovering from childbirth. “There were joint families earlier, so apart from the mother, there are people around the child. But now both the parents are working and living in nuclear families, so it is a burden for a mother to raise the child alone,” he says, adding that it is promoting inequality.

No clear solution
Human rights lawyer Anand Upadhyay opines that India should follow in Finland’s footsteps. “There is no paternity law in India as of now; this is in the hands of legislation. They should make the law because a child needs a father as much as a mother, and both are equally important for a child,” he says.

Gupta adds that companies should think about employee satisfaction. “When the multinational companies (MNCs) came to India, they came up with a five-workday policy and it is well implemented now, so paternity leaves too should be added to corporate policies. If the employee is satisfied, then the work results are surely positive,” he argues. Mathew adds, “If a father can work from home during that time, then it doesn’t add cost to both the parties.”

However, on the other hand, Surbhi Saxena, a business development manager at a private firm, finds that measures like paternity leaves can incur significant costs. “Such decisions are completely an individual’s prerogative and its repercussions should be well thought through. Hence it’s impartial to expect the company to have your back in the garb of employee benefits,” she opines, adding that as an employer, there are always numerous choices available, “so there is no need to invest in such retention stunts.”