A new bar in Kala Ghoda lets you make your own drink and pay as you like. 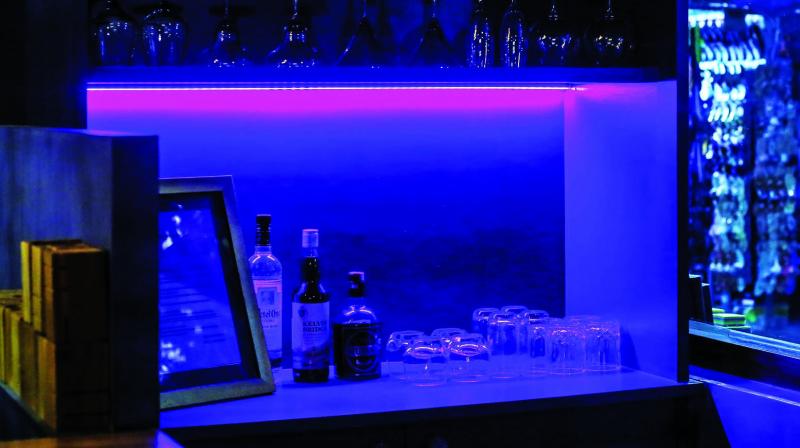 A concept like this is a boon for people with light-pocket or can also be an end-of-the-month haven for so many.

Restaurateur Alok Nanda’s Honesty Bar at his restaurant HYDE is actually a test of his patron characters. Located in the heart of the city in Kala Ghoda, this restaurant has a special Honesty Bar section which lets the customers mix their own drink and pay as they like.

Explaining the concept, Alok says, “We have an Honesty Bar, a small bar beside the main bar, that has liquors kept there and the patrons are welcomed to make their own drinks so that they can feel at home. There is no bartender or any staff at the bar, it’s entirely left for the customers.”

When it comes to paying for the drink, the restaurant is relying on their patron’s honesty. Says Alok, “We have mentioned the indicative pricing of the drink and customers can pay according to that.” But, no one is going to ask the customers how much drink they had and it is left up to the patrons to report the cashier about their consumption and pay accordingly. And, it is not necessary to pay from the indicative price either, customers can pay whatever they like, informs Alok.

A concept like this is a boon for people with light-pocket or can also be an end-of-the-month haven for so many. But won’t it put the business in a tough spot? Alok disagrees and says that his customers are actually honest when it comes to paying the bill. “As far as what we have seen till now, we haven’t got anyone who has not paid. There is a choice, it an honesty bar concept and it attracts the customers who are willing to pay.”

A one of a kind concept, HYDE is allegedly home to the first Honesty Bar in India. “I haven’t seen an honesty bar in India anywhere. But if you travel to Netherlands, Britain and South Africa, this concept is very popular,” says Alok. Honesty Bars are usually seen in lobby or lounge areas of hotels and are convenient as people can make their own drink as and when they please.

A substitute for happy hours, Honesty Bar at HYDE is open for two hours, that is from 6 pm to 8 pm, and contains three drinks at a time, which rotates on a weekly or fortnightly basis.