Mumbai is hosting a convention to bring magicians and cardist across the country under one roof. 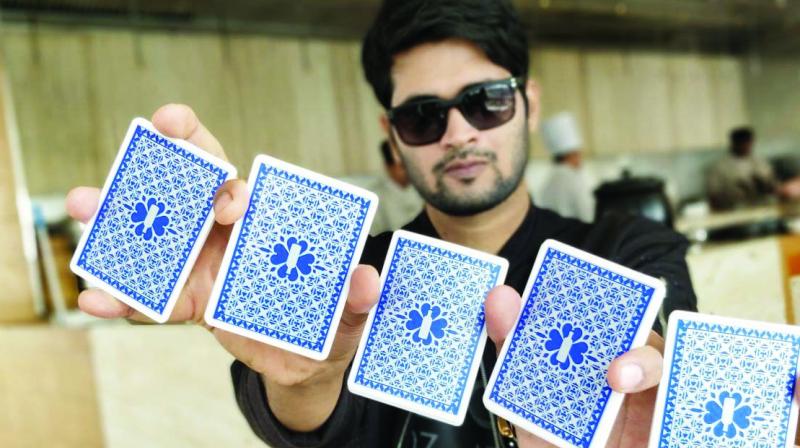 In a first, the city is hosting a convention bringing magicians and cardist from all over the country under one roof. A familiar concept abroad, the coming together of magicians to help the community grow is still warming up in India. The Cardistry-Magic-Convention (CardMaCon) comprises four sessions — lecture, finger tutting workshop, jamming session and live contest — will see magicians and alike coming from across India.

Organiser Vivek Singhi, founder of Magic Encarta that creates magic accessories, cardistry trainers and playing cards, believes since the segment of magic, cardistry and mentalism is growing in India, a convention of this kind will only act as a catalyst.

“There will be three lectures — one on magic, another on cardistry and last on playing card designs in India. Also, the live magic and cardistry contest that we have going on Instagram is in its final stage which will take place today. With which we will announce the winner,” lists Vivek.

Talking about the jamming session, the 34-year-old magician tells is open to all to showcase their skills and moves. “One can show their latest tricks and the tricks they are working on and thereby help each other understand and improve their craft in terms of techniques,” he adds.

With over 70 entries and counting, the organisers have made a last minute addition of a finger tutting workshop. “Tutting is a dance move with fingers. Since magic and cardistry rely on a lot of finger moves, I thought this could be a good way to learn that,” he smiles.

Vivek will also be teaching the magicians his favourite and original trick — the Classic Pass. “It basically helps you to control any selected card from anywhere in the deck and make it jump to the top in less than half a second. It can be visually or secretive. People have been doing it but incorrectly. There are multiple ways of doing this trick, but what I will teach is the cleanest way of doing it. It took me eight years to polish my move,” says Vivek.

Today, 9 pm onwards, At The International by Tunga, Andheri (E),