A trick in dealing with breakups

How does one handle a romantic bump — by unfollowing or unfriending someone or living with a sense of hurt? 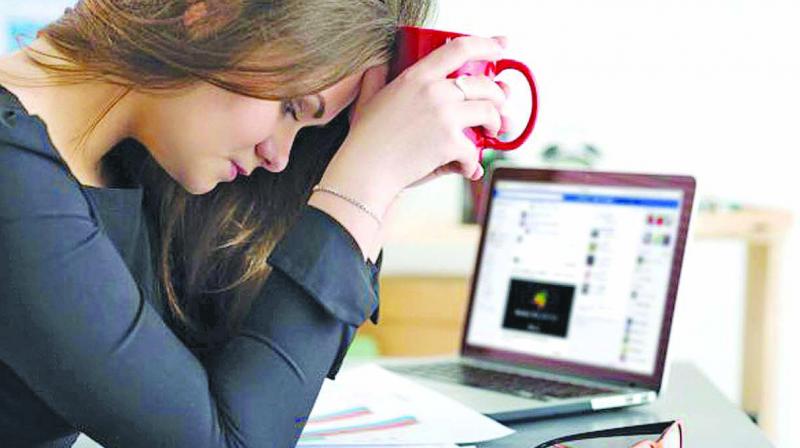 After a breakup there is an emotional Tsunami that engulfs us in anxiety, depression, low self-esteem and the sort. In general, humans like sympathy and so after a breakup we don’t feel ready to get right back out there in the rosy world of dating; we don’t want our ex to be either. Checking someone’s social media makes you feel like you can peek into their lives, without being a part of their lives. So we check their social media to see how they’re doing after the breakup — are they as broken as we are? Also doing this gives us a superficial sense of belonging to their world that we are no longer a part of.

The problem is everyone handles a breakup differently and relationships hold different values to each individual. Just because you access their social media and assume they’re having the time of their lives, it does not mean they really are. But at the end of the day this has nothing to do with you. So checking on the ex or having their existence on your social media accounts can only aggravate the pain and the hurt; making the task of moving on even more brutal.

Chennai based novelist and poet Sharanya Manivannan took to twitter recently to express how unfollowing / unfriending someone on her social media account has helped her mental well being. She also stressed on the importance of doing so in order to have a healthy sense of self esteem. Her tweet instantly struck a chord among the netizens who were able to relate to it.

“I think many of us use social media platforms today for our work, so it can be really difficult to get offline no matter what. But social media can be a trigger when it comes to romantic disappointment. When I was younger, I’d only remove someone from my list if I really wanted to have nothing more to do with them, but of late I’ve discovered the quick-healing powers of removing someone whom you’re not quite over yet, but whose online visibility is triggering. A couple of months ago, I unfollowed someone who had rejected me (well, that’s my side of the story, anyway!) because posts about their glamorous lifestyle kept reminding me that they saw me as - and worse, made me feel - inadequate. It had an immediate, positive effect on me, freeing my thoughts up so they no longer feature as often. The best part is that the memory of how bad I used to feel when I saw their social media feeds has kept me from even taking a curious peek. Out of sight, out of mind.” Sharanya told DC.

City psychiatrist Dr. Vivian Kapil is of the opinion that in this digital age people feel virtual identity is as significant as their true identity.

“We commonly encounter a lot of hatred, negativity in the social media. Social media confers people a barrier/cloak wherein they can act or express themselves in ways unlike their real self. Hence under the cover of this, people indulge in a barrage of abuses wherein they displace their repressed frustrations in their own lives on someone else online.

Encountering such comments can definitely be detrimental for someone who is sensitive and this can also affect their self esteem, make them feel vulnerable, emotionally drained — individuals who place undue emphasis on self-worth based on the opinion of others. Such individuals can definitely feel better when they unfollow or unfriend someone who makes them feel miserable consistently provided it”s not an impulsive decision based on a emotional situation,” he explains.

Aswin Shankaran, student of VIT Chennai and an author, begs to differ. “Blocking for ending a relationship is really not a good idea so to speak if a man and a woman were in a relationship. Not seeing an ex and blocking them is definitely going to put youngsters to more pressure. It’s really not a positive thing to block someone who you have known for a long time or been in a relationship. It is like disrespecting your own choice of picking someone sometime in your life and insulting the value of the emotion that relationship had,” he says.

“Two people can positively depart and stay in touch to wish each other and 5 to 6 years down the line they would hardly even matter to us. To cope with blocking, the only way is to go there and reach up to greater heights for the same person who blocked you to follow you on your social media pages. If youngsters have this mindset towards life this really won’t matter,” he adds.

Keerthana S Anand, a student of SSN seems to echo Sharanya’s thought on the issue. “I personally think blocking people helps with moving on faster. You always have a soft corner for those special people no matter what evil they did. Seeing them happy while you are picking up your broken pieces is more traumatising. And you are always eager to know what’s going on in their lives, information that you are well off without knowing. I do agree that moving on happens only when you no longer care. No happiness no sadness no anger no resentment, absolutely zero emotions when you see them. That’s very hard to achieve, especially when they keep popping up often in notifications and feeds,” she states.

It does appear opinion has tended to favour unfriending someone, who is seen as an offender, as a way of finding peace and allowing time to heal the hurt.