Life   More Features  09 Jan 2018  Man falls to his death off mountain while trying to get picture on birthday
Life, More Features

Shocked bystanders rushed to help the stricken Halil Dağ, but doctors declared him dead at local hospital shortly after his 50-metre fall. 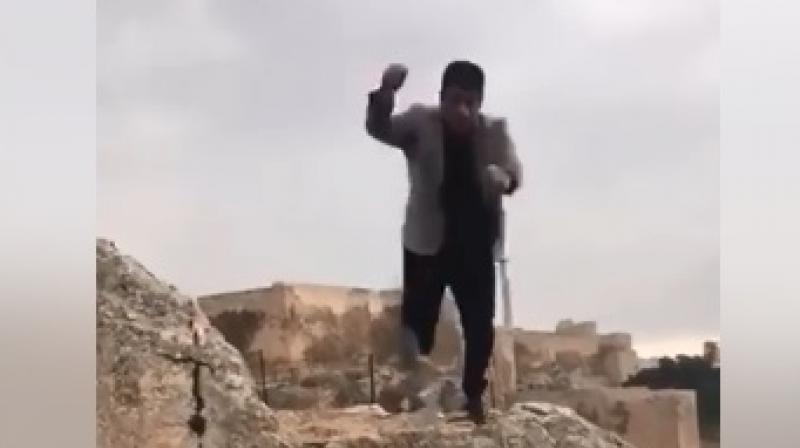 Shocked bystanders rushed to help the stricken Halil Dağ, but doctors declared him dead at a local hospital shortly after his 50-metre fall. (Facebook Screengrab)

In a shocking incident a man plunged to his death after posing for a cliff side pic on his birthday.

Shocked bystanders rushed to help the stricken Halil Dağ, but doctors declared him dead at a local hospital shortly after his 50-metre fall.

Halil lost his balance  after jumping over a barbed wire fence to pose for a pic on top of the historic Urfa Castle in Southern Turkey.

What is shocking is that horrified friends filmed Halil tumbling head-over-heels as he scrambled to grab on to something that could stop his deadly fall.

However, despite his desperate efforts, he bounced off the sheer cliff in an avalance of crumbling rocks.

Halil smashed into the ground near a Kurdish restaurant, and was rushed to the Balıklıgöl State Hospital in a critical condition. His body was handed over to his grief-stricken family, before being interred at the local Abdurrahman Dede Cemetery.

You can see the video here.