The calculation went wrong when the gumshield meant to protect his teeth and mouth broke as the bullet hit the metal cup. 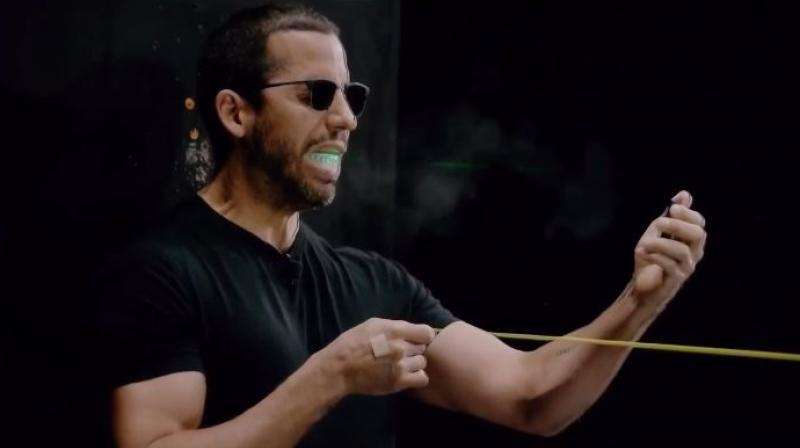 The magician still plans to do it again on an upcoming world tour (Photo: YouTube)

Las Vegas: Magicians across the world perform acts ranging form card tricks to things as spectacular as surviving in a block of ice for 63 hours. Among these the likes of David Blaine are considered the best, but even the best of them can go wrong at times.

While magicians have been performing risky tricks for ages, there have also been instances when they died while performing such acts, and David Blaine too came close to dying when he tried to catch a bullet in his mouth.

The 43-year-old with years of experience in the field was doing so by holding a metal cup between the teeth covered with a gumshield and a laser was pointed at the spot where the bullet was to hit, as he would capture it quickly at the moment.

But the calculation went wrong when the gumshield broke as the bullet hit the metal cup. Although David Blaine felt that the bullet went through his head due to the impact, he was lucky to survive with laceration in his throat.

Even as he almost died and his assistants have refused for another attempt, the magician plans to do this again at an upcoming world tour.