Relief for Dilliwalas at last as the smog clears, blue skies and sunlight are visible. 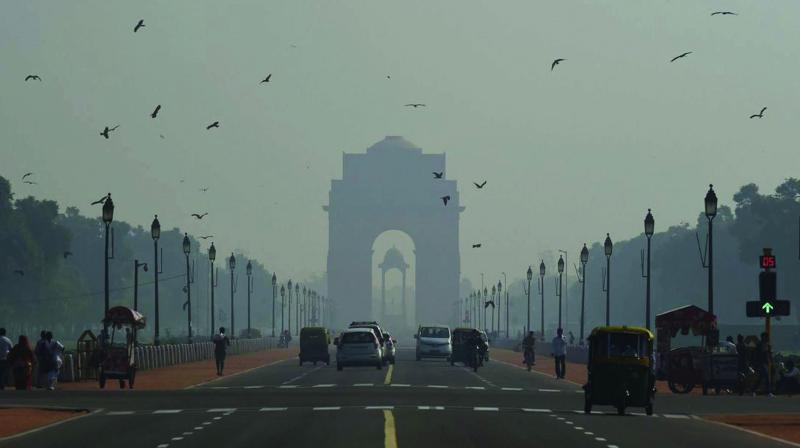 The heavens offered some respite to the innocent Dilliiwalas by letting the floodgates open – kudos to the rain and wind blowing, the capital could finally learn that the sun still exists and that ‘clean’ air is a possibility. While there has been some relief for people in the national capital with smog clearing, giving way to some blue skies and sunlight, a new report suggests that Delhi has had only three days of breathable air in the past 829 days.

“From the past two days, I can actually breathe properly. This is actually the second day where I am stepping out of home without wearing a mask. However, this is not good news but the condition is still better as compared to the previous days,” shares a 22-year-old student, Saurav Das.

The first day with clean air was July 31, 2017, when the AQI dropped to 47 and the second was on August 18, 2017, when the AQI was measured 49. The reasons for such low AQI numbers were intermittent rains and strong winds that drove pollution levels down. Just to compare it with the situation, the air on Wednesday was measured poor with AQI of 219.

Vibha Jha, a mother, who drops her kids to school every day was worried about how her kids’ health might be affected by exposure to the pollutants that are hanging in the Delhi air. “In fact, there were times when I didn’t want to send my kids to go outdoors to play, even though I do realise how crucial it is for their growth. The first thing I did was to buy masks for them. Even though there is a slight relief in the air, but I make sure that I’m being cautious every time they are out.”

“Setting up a shop was really difficult for us in the past week. We were not able to sell our vegetables and as we sit on the roadside we were breathing that harmful air maximum time. Since the past two days, we feel relief,” shares Mohan, a vegetable vendor.

The study also says that one out of every eight deaths in India could be held responsible to air pollution and if pollution levels had been under acceptable levels, the average life expectancy of the country could be 1.7 years higher. “The national capital needs to understand this, that buying masks, air purifiers, or going for rules like odd and even is not a permanent solution. Planting saplings, using less of diesel vehicles and changing one’s mentality in using natural resources is a solution for us,” shares Kiran Sharma, a school teacher.