"It's so sad when I'm celebrating mass here or inside the basilica and I see lots of phones held up." 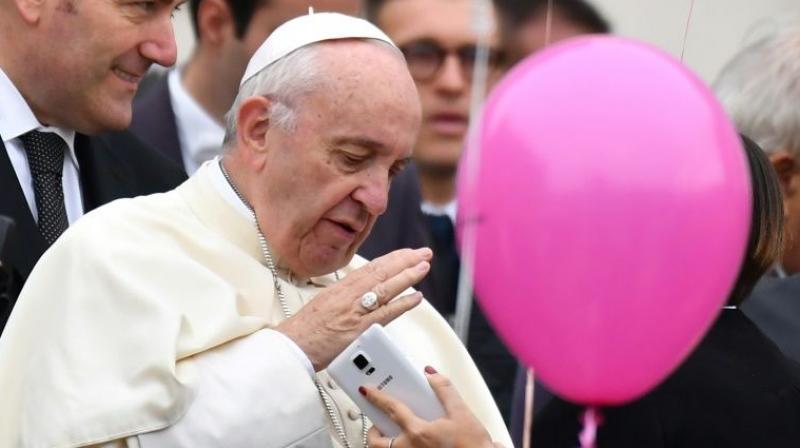 "At a certain point the priest leading the ceremony says 'lift up our hearts'. (Photo: AFP)

Pope Francis took snap-happy bishops, priests and pilgrims to task on Wednesday, telling them mass was a time for prayer, not an opportunity to whip out camera phones.

"At a certain point the priest leading the ceremony says 'lift up our hearts'. He doesn't say 'lift up our mobile phones to take photographs'," he chastised those gathered in Saint Peter's square for his weekly audience.

"It's so sad when I'm celebrating mass here or inside the basilica and I see lots of phones held up -- not just by the faithful, but also by priests and bishops! Please!"

The 80-year old Argentine pontiff is no stranger to the world of social media, boasting over 14 million followers on his English-language Twitter account alone, and often posing for selfies with enthusiastic young pilgrims.

But he has a conflicted relationship with mobiles.

In February he told youngsters to get off their cell phones during family meals, warning that the death of face-to-face conversations can have dire consequences for society, even resulting in wars.

He has called the internet, social media and text messages "a gift of God" if used wisely, but has also tried to persuade today's youth to swap their smartphones for pocket-sized bibles.