Previous research has shown that dogs have poor vision, and are up to eight times worse than humans at seeing things in detail. 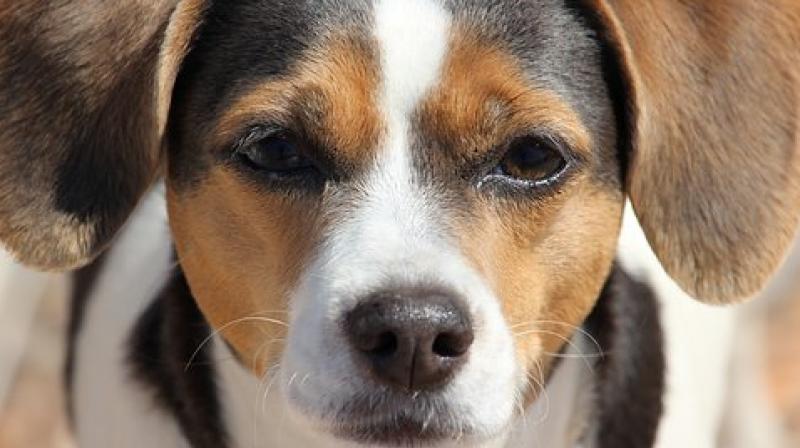 People who are red-green colourblind cannot see the numbers. For dogs, researchers developed a similar experiment using the image of a cat. (Photo: Pixabay)

Dog lovers, take note! Your canine companions are colourblind and can not distinguish between red and green, scientists say.

Previous research has shown that dogs have poor vision, and are up to eight times worse than humans at seeing things in detail.

Scientists at University of Bari in Italy developed a test for dogs and found that they struggle to tell red and green apart, much like colour blind humans.

In the wild, dogs are most active in dawn or dusk, for which colour vision is not needed. However, pets dogs are awake mostly in the daytime, for which their eyes have not yet evolved.

Marcello Siniscalchi from the Univesity of Bari said that dog trainers may want to avoid red clothing if working on grass, because animals will struggle to see their movements.

"If at the park you want to get your dog to catch a flying Frisbee or to bring back a ball falling on the green grass it would be better if you thought of using blue instead of red toys," Siniscalchi was quoted as saying by 'The Telegraph'.

Researchers using a modified test of colour vision in humans where numbers are hidden in a circle of red and green dots.

People who are red-green colourblind cannot see the numbers. For the dog test, researchers developed a similar experiment, but used the image of cat instead of numbers.

"It would be reasonable to hypothesise that dogs also have difficulty in discriminating between brown and orange but we have not directly tested these colour shades," Siniscalchi. said.