Fascinated by beauty of flora

Nirupa Rao has collaborated with two eminent botanists for a book, where 75 of her illustrations have been used. 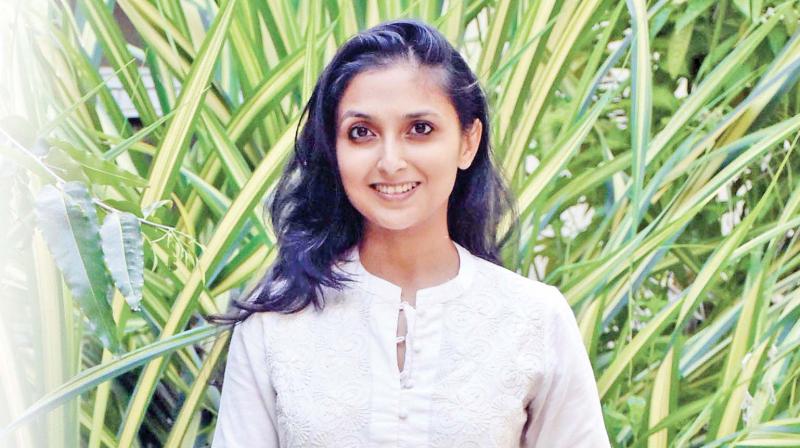 This Bengaluru girl has captured the beauty of flora of the Western Ghats in the form of illustrations. Over 75 of Nirupa Rao’s illustrations are part of a book called Pillars of Life by two botanists Divya Mudappa and TR Shankar Raman. Nirupa was also named as the  National Geographic Young Explorer in the year 2017. Talking to her, we find out the inside story on how she came to be an illustrator.

It has sort of become a trend to pursue something that you didn’t set out to do from the get-go. For Nirupa, making illustrations was never the plan until she became an illustrator. She says, “In college, I planned to pursue academia in the social sciences, perhaps History or Sociology, which is what I graduated in. I drew as a child of course, as everyone does. Although, I didn’t realise it. I started botanical drawing when my aunt sent me a telephone book.” This telephone book was illustrated with the flora of New Zealand. Nirupa fell in love with the book so much that she copied almost every single drawing. While neither of her parents knew how to draw, Nirupa and her sister were always encouraged to be creative. She shares, “Illustration was just a skill that I picked up. We would make our own plays, sets, gudiyas, sew our own costumes and much more. I didn’t look at illustrations as a career until I made friends with the graphic designer at my first job.”

Nirupa who considers people like Amrita Sher-Gil, Paul Gauguin, Johannes Vermeer, Wu Guangzhou, Hayv Kahraman, and Pedro Ruiz as her inspiration, she says, “I also love Viviane Sassen’s photography, and just about any traditional craftsmanship from anywhere in the world. I also admire Chinese and Japanese ink paintings.” Pillars of Life was born out after the meeting between Nirupa and two eminent botanists Divya Mudappa and TR Shankar Raman who  run a reforestation programme in Tamil Nadu. She further adds, “I met them when I went for a plant identification workshop in Kerala and we decided to collaborate. They roped me in to help catalogue the rainforest trees of the Western Ghats and their various parts (leaves, fruit, seeds, flowers). The intention of the illustrations was to convey the subtle beauty of plants that usually only botanists are able to see.” Through this book, they hope to inspire people to grow and preserve native trees.

With over 30 unique trees in the Anamalai region selected to be illustrated, it took over two years to complete the designs. As for the efforts that went into the making of this book Nirupa adds, “I had to travel to their habitat to study them. They’re pretty hard to photograph, as dense surrounding canopy makes it tough to isolate a given tree in sufficient detail. Even while sketching them in person, they’re often so tall that I would sketch the buttress from one vantage point and then climb up a hairpin bend or two to view its canopy. Divya would help me decipher the shape and proportions of specimen that were too huge to see in one glance. I would take these sketches back to Bengaluru and paint the final version, referencing a combination of memory and photographs.”

On why she choose to illustrate the flora of the Western Ghats she explains, “The Western Ghats are one of the world’s eight ‘hottest hotspots’ of biodiversity, which means the region has some of the highest levels of species, diversity and uniqueness on earth. It also means the habitat is deteriorating at a rapid rate. I have grown up spending a lot of time there, so it was a natural choice for me.”  Currently Nirupa is working on a book of plants from the Western Ghats for anyone over the age of 8. This 28 year old who loves baking, singing and playing the piano adds, “ It will be a fun yet informative book, featuring the weird and the whacky, the carnivorous and the parasitic, the poisonous, the stinky and the unimaginably valuable — the Charlie and the Chocolate Factory of the Plant Kingdom, if you will. I want to show Indian kids (and anyone with an open mind!) how interesting our plants can be.”