Durga Puja 2018: Here is the significance of Mahalaya

It is believes that Goddess Durga along with her family of Ganesha, Laxmi, Saraswati and Kartikeya starts Her journey to Earth on this day. 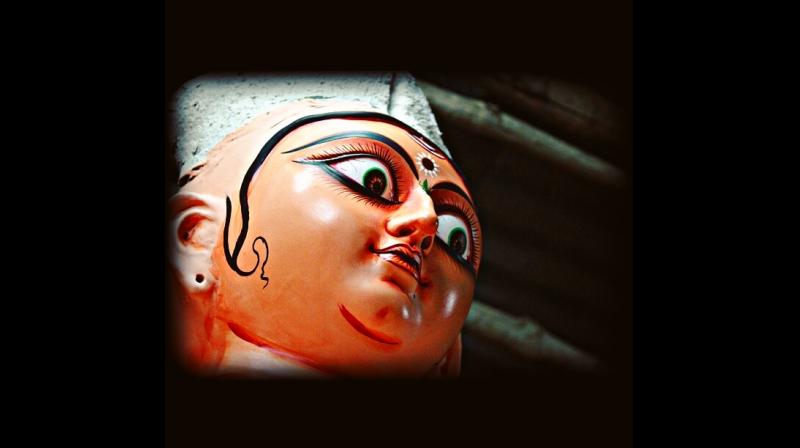 The auspicious day of Mahalaya holds a special significance for Bengalis as well as it is the beginning of Durga Puja festival. (Photo: Orchid Chakravorty)

Mahalaya is here and the countdown for Durga Puja commences for the year. The day marks the end of Pitru Paksha and the beginning of Devi Paksha. A big part of Mahalaya is to remember departed souls by offering tarpan.

The day marks the beginning of Navaratri and Durga Puja. Devi Paksha in itself is the waxing phase of the moon which comes in the month of Ashwin as per Hindu calendar. It is believes that Goddess Durga along with her family of Ganesha, Laxmi, Saraswati and Kartikeya starts Her journey to Earth on this day.

Mahalaya is also the last day of the Pitru Paksha when Hindus offer homage in the remembrance of their deceased ancestors.

The auspicious day of Mahalaya holds a special significance for Bengalis as well as it is the beginning of Durga Puja festival. 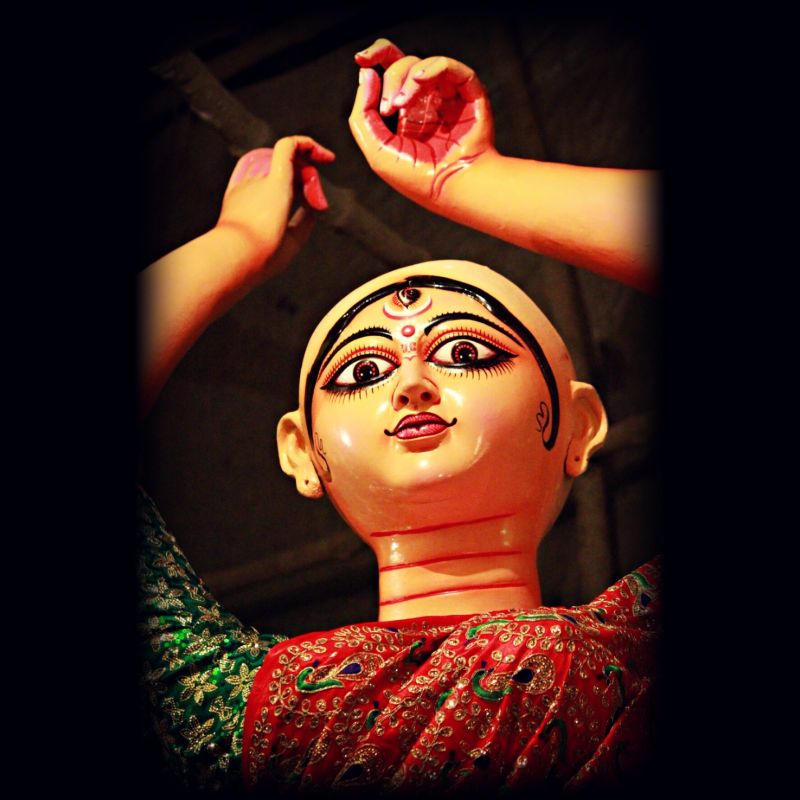 Legend has it that Goddess Durga came to earth to destroy the demon Mahishasura. (Photo: Orchid Chakravorty)

Puranas tell the tale of a king named Suratha who started worshipping the ten-armed Goddess during spring. However, when Lord Rama went to Lanka in search of His wife Sita, he worshipped the Goddess during autumn. Since the puja was performed untimely, it became known as Akal Bodhan. Over the course of hundreds of years, Akal Bodhan far surpassed the original date of the puja and the autumnal festival gained precedence over its spring counterpart.

Legend has it that Goddess Durga came to earth to destroy the demon Mahishasura. Since only a woman was capable of killing the demon king, Shakti or female power took the form of Goddess Durga to kill him. The Goddess was empowered with different weapons of the Gods and after a fierce battle, the Goddess killed the demon. Thus, She came to be known as 'Mahishasuramardini' or the slayer of Mahishasura.

The legend has been immortalised in the voice of the late Birendra Krishna Bhadra whose rendition is recited on the day of Mahalaya early in the morning. Furthermore through recitation of the verses and mantras, the Goddess is invoked. It is believed that She comes to the earth to destroy all evil. Mahalaya is the day to invoke and invite the Goddess to earth. She comes down from her abode along with her family to bless humans and other creatures on earth with her divine blessings.

Since the 1930s, Mahalaya has become synonymous with the All India Radio program 'Mahishasura Mardini'. It is a beautiful recitation of the scriptural verses of the 'Chandi Kavya' along with various devotional songs. The whole of Bengal, gets up in the pre dawn hours to listen to the tune of the Mahishasura Mardini broadcast.

This year the tithi for Mahalaya is slightly different. So the familiar sight of people thronging to the Ganges early morning will not be seen. Amavasya is starting around 11 AM, so tarpan can be only done after that.