The rescuers found the python hiding behind shoe boxes and snared it using a pole and noose after a struggle. 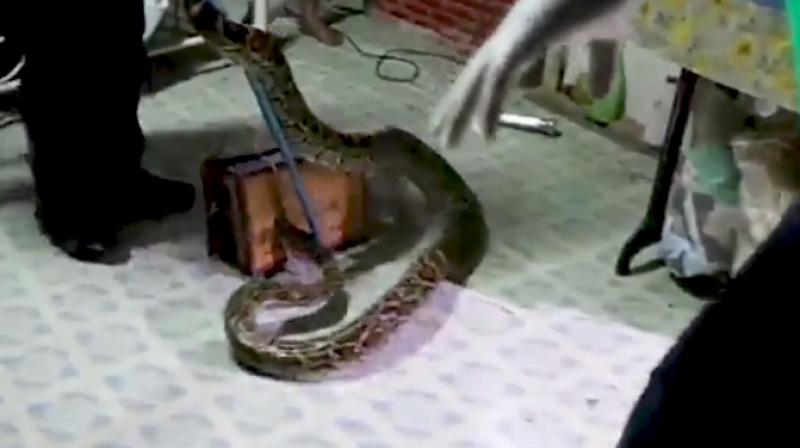 The python was eventually released in the wild (Photo: YouTube)

Pythons are terrifying creatures that have been known to attack people as well as animals on several occasions. Recently a giant snake was eaten by villagers as they caught it when it attacked a security guard in Indonesia, and this is just one of many such incidents.

A woman in Thailand was recently shocked to find a massive python in her bedroom as it was trying to eat her pet kitten. The 53-year-old fled her house when she saw the serpent under a table and called the police who sent a team of snake catchers.

The rescuers can be seen wrestling the 10-foot-long snake as it writhed ferociously and tried to escape. The python was finally snared using a pole and a noose as it was pushed in a sack and released in the wild.

The 53-year-old woman was happy that the snake was gone and her kitten was also safe.