Even though a flip-flop seems like a minor product, a throwaway that everyone wears, it turns out that this is the Number one shoe. 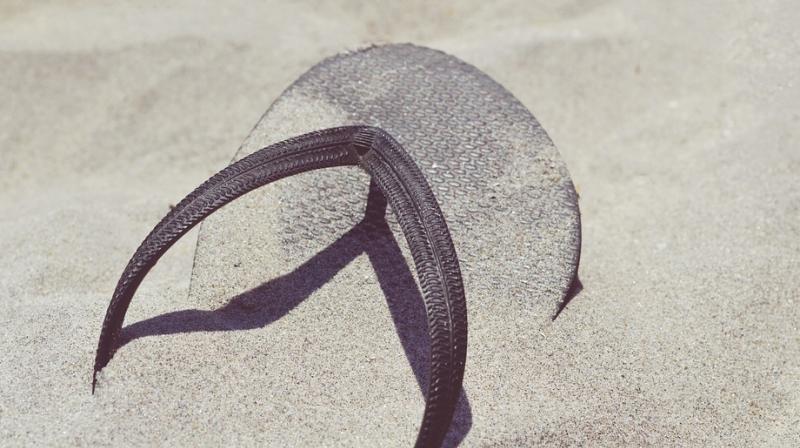 Scientists are seeking to also make them "biodegradable," by chemically converting the algae oil into polyurethane (Photo: Pixabay)

Los Angeles: Scientists have developed algae-based, renewable flip-flops that could be an environment friendly alternative to petroleum-based slippers - the go-to footwear in countries like India and China.

Three billion petroleum-based flip-flops are produced worldwide each year, eventually ending up as non-biodegradable trash in landfills, rivers and oceans around the globe.

"Even though a flip-flop seems like a minor product, a throwaway that everyone wears, it turns out that this is the Number one shoe in the world," said Stephen Mayfield, professor at University of California San Diego in the US.

"These are the shoes of a fisherman and a farmer. This is the number one footwear in India, China and in Africa. One of the largest pollutants in the ocean is polyurethane from flip- flops and other shoes that have been washed or thrown into rivers and flow into the ocean," Mayfield added.

The flip flops consist of a flexible, spongy slipper and a simple strap, researchers said.

"Petroleum comes from algae that lived in the ancient oceans hundreds of millions of years ago," said Mayfield.

"A lot of people do not know that. But what that means is that anything we can make from petroleum we can ultimately make from algae," Mayfield said.

The flip-flops, shoe soles and other polyurethane products scientists make from living algae oil are "sustainable" because the carbon to construct them was pulled from the atmosphere, rather than underground oil reserves, researchers said.

Scientists are seeking to also make them "biodegradable," by chemically converting the algae oil into polyurethane in manner that will allow the carbon bonds to be degraded by microorganisms, they said.

"The idea we are pursuing is to make these flip-flops in a way that they can be thrown into a compost pile and they will be eaten by microorganisms," Mayfield said.