But in the past few days, a new rule has come into play as the Motor Vehicle Act (2019) is in force in many Indian states. 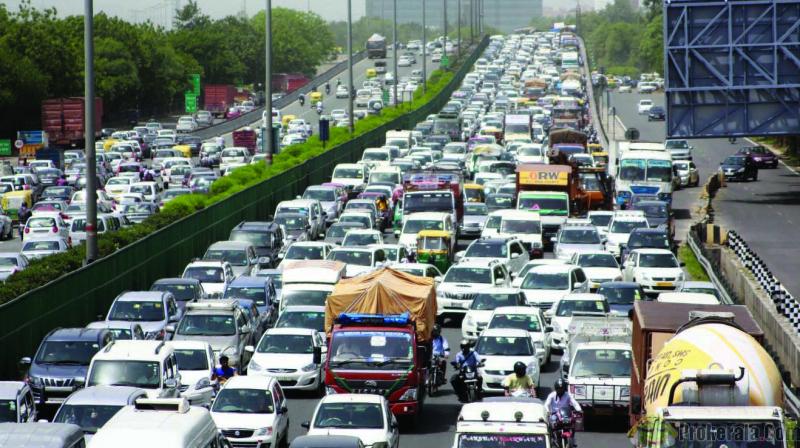 With 2,500 traffic policemen constantly scanning the roads for offenders, drivers have a reason to pull up their socks as they will now have to pay double the fine as compared to earlier.

Ever since the new Motor Vehicle Act hit the roads of the capital, some 2,500 traffic policemen and officers at the level of Joint Commission of Police (Traffic) have been seen amping up the vigilance every day. What do Delhiites think of this hange? We take a look.

A tussle has always existed between the capital's vehicle owners and policemen, as instances that see the good-old Dilliwala jump a traffic signal or refrain from wearing a seat belt, have long plagued the city.

But in the past few days, a new rule has come into play as the Motor Vehicle Act (2019) is in force in many Indian states. Turns out, with the Delhi Government implementing this rule, its citizens seem to have come on the right path.

With 2,500 traffic policemen constantly scanning the roads for offenders, drivers have a reason to pull up their socks as they will now have to pay double the fine as compared to earlier, if a rule is violated. In this manner, road traffic will be regulated and road safety will drastically improve (if it hasn't already).

Vikram Gupta, a Delhiite, is of the opinion that  traffic rules in the capital definitely needed to be strengthened, but it was surprising how suddenly it was done, practically overnight.

He then adds, "I believe it is a good move, considering how many of us unknowingly violate the rules, and many of us are not even aware of many of these. Even though people have now started taking the rules seriously only so that they don’t have to pay a hefty amount, it is still something that has quite the silver lining.”

Adding to this, student Nandini Agarwal points out that ever since Independence, India has been a country with a strong legislature, and yet what we lack is the implementation of the rules and regulations. Implementation requires human, monetary and legislative resources. “2,500 traffic policemen have been deployed, and the monetary support to pay for the aforementioned personnel and the new traffic regulations are on their way to make great changes, as we have already witnessed this weekend. People are actively going forward and partaking in following the rules; it has helped make the city roads considerably safer. Even if it's due to the fear of being fined, it is a change for the better.”

Raunak Singh, a 22-year-old says, “The new act is actually doing great, people are at least scared to break the law now. I have personally seen many people stopping at the red light near my house which was earlier the easiest one to break.”

He concludes, “The government and police are doing a great job and I hope we will see many positive changes in the future.”