Celebrities seem to be taking recourse to social media sites that can reach a large number of people to give voice to their issues. 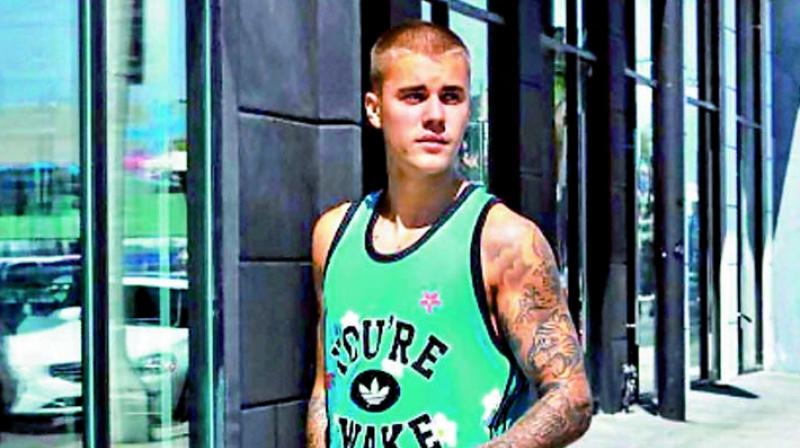 Justin Bieber revealed use of ‘heavy drugs’ on Instagram.

Believe it or not, many of our favourite celebrities have dealt with either serious substance abuse or other struggles in the past (or are dealing with them right now).  From Leonardo DiCaprio and George Clooney to Taylor Swift, Deepika Padukone and Anoushka Shankar, all of them have talked openly about the issues that have bogged them down.

While celebrity struggles with drug use is not a new thing,  what is new is celebrities are now going public with their issues in the form of alluring “confessions” that generate excitement among many people.  The latest to join the bandwagon is the ‘One Time’ star Justin Bieber. The 25-year-old pop star penned an emotional message to his 118 million Instagram followers. “Sometimes it can even get to the point where you feel you don’t want to live anymore. I started doing pretty heavy drugs at 19 and abused all of my relationships,” he wrote.

Celebrities seem to be taking recourse to social media sites that can reach a large number of people to give voice to their issues. “While celebs as activists often tend to be taken less seriously, famous people raising their voice does create a quantifiable difference, especially in terms of creating awareness about whatever social or public cause they espouse,” says Dilip Cherian, image management guru, who cautions, “But there is always an inherent danger that the Internet, which is also teeming with trolls and rabid fans, can trivialise even serious issues such as drug addiction.

So be it a Justin Bieber abroad or a Deepika Padukone in India (who went public with her tryst with depression), the key factor is how the message resonates with the public. Sometimes, celebs use this as a means of displaying vulnerabilities — that often gets the fans to relate to their human frailties. But we need to check if in the end, it encourages empathy, raises awareness and helps others. If not, such confessions are regressive and can end up doing more harm than good.”

Experts are not surprised that people are turning to social networking sites to ‘confess’ drug abuse. “In Western nations, youngsters live in an age of ‘total control’, where everything they see, do, buy, browse, talk and even think, is known and fed into some algorithm in some monster computer somewhere. They are watched, tracked, out guessed and influenced every minute of their lives. One rash act can spell doom on Facebook in minutes,” says director Mani Shankar.

Meanwhile, renowned psychiatrist Dr Anjali Chhabria feels that celebrity posts have a lot of power and cultural influence, which can in turn, generate large-scale conversations about the importance of treatment and getting to the root causes of such issues.

“When a celebrity talks about their drug use and abuse on social media, their fans look up to them. Social media is here to stay, kids are going to be looking at it, it’s exactly the same kind of influence that television had on people earlier. When celebrities endorse campaigns and brands, a lot of people want to emulate them,” she says.

Further, she adds, “Instead of keeping kids and teenagers away from social media, one needs to discuss issues like drug abuse in the open.

When I talk about marijuana and its effects with kids, for instance, I tell them about the benefits and the ill-effects. Only when parents start having these kinds of balanced discussions would they become meaningful.”