Feeling depressed and anxious during the festival season is common, and experts say that it can be overcome. 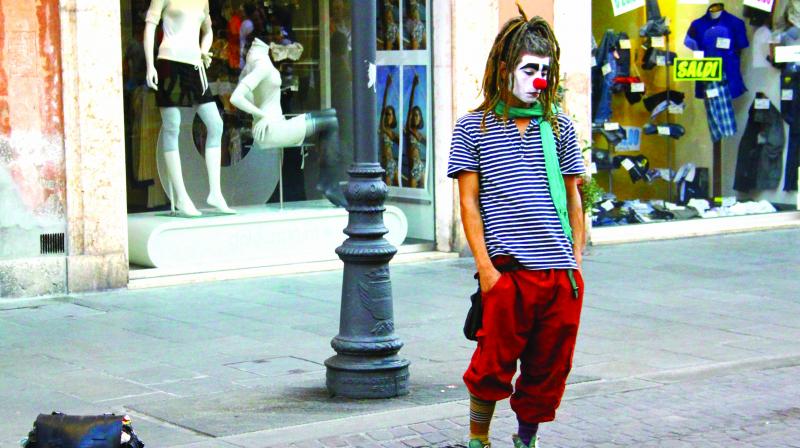 Festivals provide great opportunities to celebrate with family and friends while keeping traditions. However, in India, the second half of every year comes with multiple celebrations, and it is undeniably a stressful time of the year. (Photo: Flickr@gius)

Festivals provide great opportunities to celebrate with family and friends while keeping traditions. However, in India, the second half of every year comes with multiple celebrations, and it is undeniably a stressful time of the year.

It is a known fact that holiday parties are stressors, but they can be particularly stressful for people with social anxiety disorders. While some will do anything to avoid attending such activities, people living away from home during festivals are also prone to anxiety or depression — clinically characterised as ‘festival blues’.

“We term any new episode, exacerbation, pre-existing depression, or anxiety as festival blues. It stems from the idea of ‘what do I have to celebrate about?’ And a depressive temperament can ensue if the answer is not up to the person’s expectations,” says consultant psychiatrist and founder of ‘The Free Mind Initiative’, Dr Alpes Panchal.

Everyone feels a bit overwhelmed with stress during festival seasons, and mental health experts say that the expectation to have a perfect festival celebration causes depression. “People anticipate a lot to make their festival the best, which causes stress and ultimately leads to anxiety,” says clinical psychologist Monica Sharma. Another clinical psychologist Shyamolie Desai adds that people who live away and are unable to join the family during festivals are more prone to anxiety and depression during this time. “When they see their friends uploading happy pictures of their celebrations on social media, they tend to compare and feel that they are falling short, which makes them feel depressed,” she explains.

Talking about the early signs of festival blues, Dr Panchal explains that people experience decreased sleep, hunger and happiness. “These symptoms elevate in people who already suffer from depression. But, sometimes people develop anxiety during social occasions like marriages, social gatherings and festivals, where they have to meet many people, or a lot of planning and execution is needed,” says the psychiatrist. He adds that the younger generation of urban dwellers is more vulnerable to this issue.

It is suggested that one shouldn’t let the festival preparations and celebrations become something to dread. Instead, take steps to prevent stress during festivals and holidays. Desai recommends not comparing oneself with other people’s perceived lifestyle on social media. “It is better to maintain a balanced life and not to compare it to friends’ portrayed realities on social media. One should exercise regularly and pursue hobbies because doing something that you like will keep you busy and away from any comparison,” says the psychologist.

According to Dr Panchal, those who are already receiving mental health treatment must go for a consultation before or after the festival season. “Any person experiencing these symptoms for the first time can visit any mental health professional, depending on the severity of the symptoms. But the ones already undergoing treatment should visit for evaluation before or after the celebration,” he suggests, adding that relatives shouldn’t expect the patient to be in tune with everyone’s feelings. “They have a problem and they are dealing with it, which relatives may not agree with,” he explains.

While festival blues are socially accepted in the West, Indians have less awareness about the condition. Several factors can contribute to anxiety and depression, but there is a higher risk to endure them during festivals. “In the West, it is a known fact that depression rises during festival time. But in India, people cannot fathom the idea that there is a problem even if everything around is good. People have to understand that humans are ruled by the mind and not the environment,” rues Dr Panchal. Sharma adds that open communication is the best way to create awareness on the issue. “These conditions are not always diagnosed, but rather managed effectively by adapting a few strategies in daily life. So, if an individual is feeling low, then they should talk, and family members should be open to listening.”