Dracula was right: Transfusions of young blood will put end to sickness in old age

Study shows young blood could allow humans to live life free of diseases like cancer, dementia and heart disease up until their deaths. 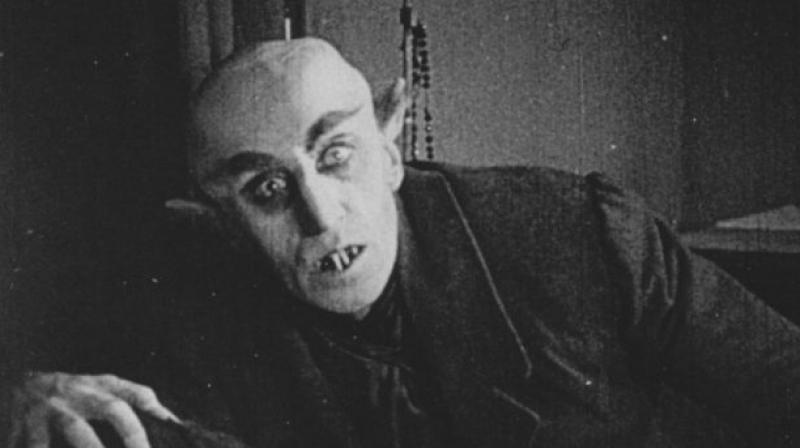 Professor Partridge's study found that when older mice were given young blood they did not develop age-related diseases and maintained sharp cognitive function, while younger ones given older blood saw the opposite effect.

It seems that the famed Dracula may actually have been on to something when he drank the blood of young maidens.

While a lot of companies have been tinkering with transfusions of blood from younger adults to treat age-related diseases, a leading geneticist at University College London has now come out in support, insisting those experiments are no joke, and are seriously considered by leading physicians to be one of the most promising ventures in modern medicine.

Publishing an analysis of data in the journal Nature, Dame Linda Partridge, a geneticist, says research shows young blood could allow humans to live a life free of diseases like cancer, dementia and heart disease, right up until their deaths.

Her work forms part of a wave of studies and trials, including a set of human trials backed by Peter Thiel at a San Francisco start-up called Ambrosia, injecting older adults with young blood - something that would cost $8,000 if it were rolled out to the public.

Professor Partridge's study found that when older mice were given young blood they did not develop age-related diseases and maintained sharp cognitive function, while younger ones given older blood saw the opposite effect.

According to her, it is proof that blood needs to be more closely studied in animals to identify the molecules that conserve physical health.

Professor Partridge and her co-authors Joris Deelen and P. Eline Slagboom add that blood is the most practically accessible and therefore the most commonly investigated tissue, but it is much less commonly used in animal studies.

The Ambrosia trials involved 70 participants who were given plasma - the main component of blood - from volunteers aged between 16 and 25.

This included a 10 per cent reduction in blood cholesterol, of which high levels are known to lead to heart disease.

Other effects noted by the scientists were a 20 per cent reduction in proteins called carcinoembryonic antigens.

These can be seen in high quantities in people who have various forms of cancer, the website reports, but it remains to be seen whether.

The younger blood also helped to slash amyloid protein levels, which forms toxic clumps in the brains of dementia patients, by a fifth.

However, experts at The Ottawa Hospital made a much different finding last July. They noted how blood donations from young women may be linked to poorer survival rates in recipients.