Rescuers and policemen moved and twisted the python until it finally regurgitated the cat weighing 3 kg. 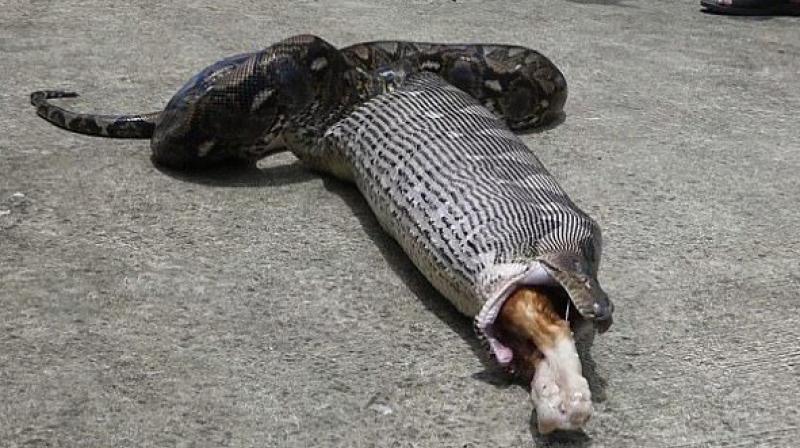 The python was later released in the wild (Photo: YouTube)

Everyone loves their pets and cherish the sight of their fluffy companions the moment they step in the house. But these creatures are also vulnerable to mishaps and some unfortunate incidents can lead to heartbreaking tragedies.

A woman in Thailand who came home expecting to see her cat was shocked to find that it was swallowed by a huge snake before it curled up under the kitchen sink to digest the cat weighing 3 kg. The horrified owner called the police as two policemen rushed to the spot along with a team of rescuers.

The team moved the snake with a bulge in its stomach following which they twisted and pushed it until the python was forced to regurgitate the cat. The blood curdling scenes were caught on camera.

The woman named Saowarak Charoen was devastated after losing the cat and buried it in the garden. Meanwhile the five-metre-long snake was released back into the wild by authorities.