It is a home to rescued animals, and open to children who want to observe and interact with them. 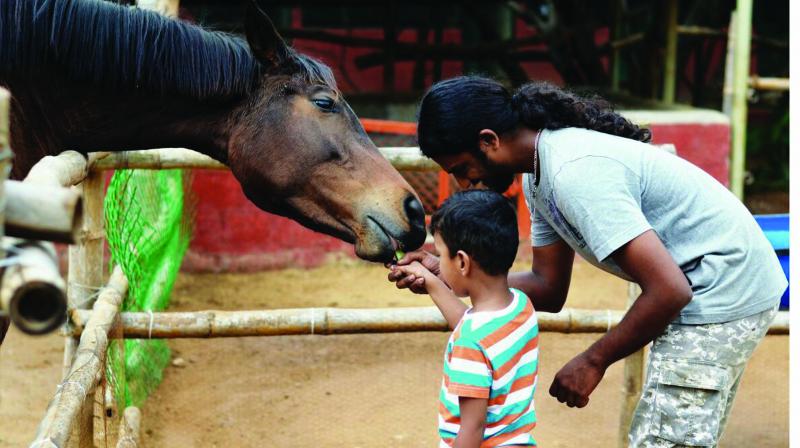 Imagine touching and feeling the soft fluffy fur of a bunny or pony! Wouldn’t that be a better way to learn than with books and blackboard? Situated a little outside Bengaluru city, Sanjeev Pednekar’s Prani Pet Sanctuary is a paradise for any animal lover — kids and adults alike. A strong advocate of interactive classrooms, Sanjeev believes that children need to be introduced to animals at a young age. His pet sanctuary is home to over 400 animals. In a chat with him, we find out more about it.

Prani was started to bridge the relationship that humans once had with animals that is on a downward spiral. “The environmental literacy level of people of India is really low. It needs to be part of the curriculum. Zoos were started for education and outreach, but now they have become display centres,” he says, stressing on the fact that nature is the best teacher. Sanjeev’s biggest motivation was the fact that he loves and wants to be with his animals always. Having worked with wildlife as well, Sanjeev shares that it is an entirely different ball game. Working with rescue animals can be quite a daunting task. How does he manage to do it? “The team that is working with me is the backbone of the place. Maintaining it without them would not be possible,” he shares, adding that land and funds were one of the major obstacles he faced while starting Prani. 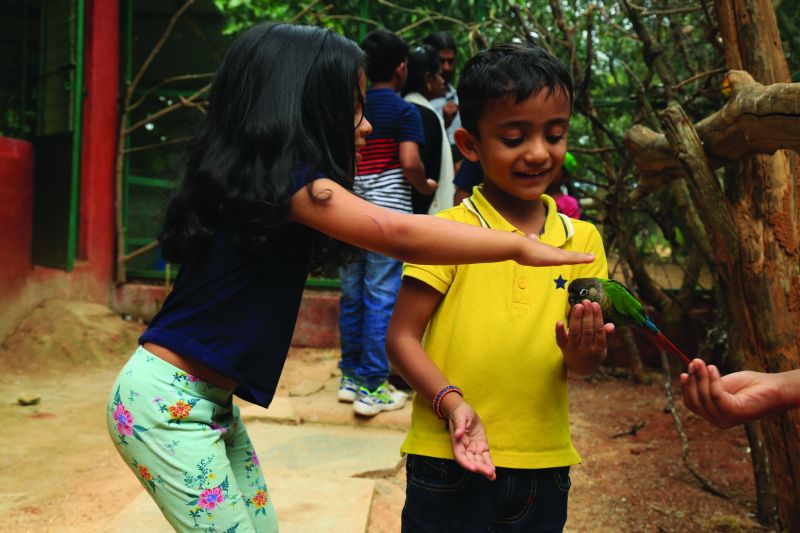 Sanjeev’s first interaction with an animal happened when he was in the sixth standard; he was introduced to a baby crocodile. “Every second Saturday, we had people coming and talking about various things related to society. When M.K. Srinath came, he brought along a baby crocodile and two cobras in a picnic basket that he made me hold. Talking about how he rescued them, he managed to capture the attention of a noisy class,” Sanjeev reminiscences adding that this was a turning point in his life.

Prani is now home to over 40 species of birds and animals — from iguanas, horses, ponies, emu, geese, archer fishes to gerbils. Sanjeev proudly shares that he remembers the names of each animal he has rescued. He says, “Each animal is rescued and not bought. They have their own unique stories to share. When animals come into Prani, they come with a permanent retirement plan.” When Sanjeev rescued over a 100 rabbits and 30 terrapins, he was forced to conduct an adoption drive. Talking about their habitat classroom, he says, “For kids till third standard, we follow touch-and-feel where they can interact directly with animals. For others, we introduce them to multiple job roles that they can choose in outdoors.”

Sanjeev dropped out of school to realise his dream of working with animals. Sanjeev says that kids open up after interacting with animals. “They are able to communicate better and form memories,” he says. Has working with rescue animals changed him as a person? “It has been a roller coaster ride. It has only been two years since I started working with rescues and it has made me calmer. The energy that these animals have naturally calms you down.” Sanjeev is currently working on his initiative Haavu matu Naavu in light of one lakh farmers losing their lives due to snake bites every year. This initiative helps people understand that providing proper first aid is essential to save those bitten by snakes.