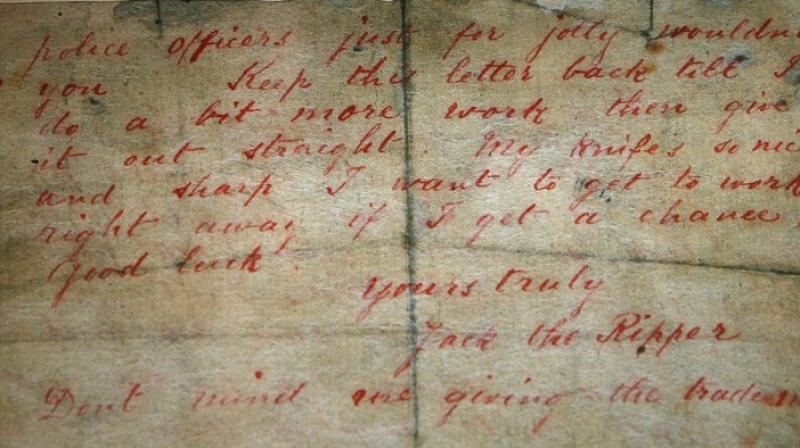 James Maybrick was initially seen by some as the most likely suspect after a memoir found in his home 25 years back included him admitting to being the Ripper (Photo: AP)

The mysterious identity of the infamous Jack the Ripper has intrigued historians, mystery seekers and the general public at large for over a century. Now if researchers are to be believed, they have finally managed to crack the identity of perhaps the most notorious serial killer of the Victorian era, 130 years after his heinous crimes.

The murderer who had brutally killed five women in Whitechapel in 1888 became one of the most infamous criminals in history with a long list of suspects who could have possibly been the mass murderer.

Though theories abound as to who killed the women, no proof of who is the Ripper was ever confirmed, until now.

Researchers now say that they have proven the authenticity of a much-disputed Victorian diary supposedly written by the notorious murderer, sayng that the apparent ‘confession’ found beneath the floorboards of a Liverpool cotton merchant’s bedroom is authentic.

James Maybrick was initially seen by some as the most likely suspect after a memoir found in his home 25 years back included him admitting to being the Ripper. The Victorian businessman had included the line, “I gibe my name that all know of me, so history do tell what love can do to a gentleman born. Yours Truly, Jack The Ripper.”

However, critics questioned the authenticity of the book and Mike Barrett who had first brought the diary to public had also died before he could be further prodded regarding it sorgins.

Now, Robert Smith, the author of a new book, 25 Years of The Diary of Jack the Ripper: The True Facts, has researched the discovery and believes the book is authentic.

According to Smith, who spoke to Daily Telegraph, new evidence suggests that the diary was removed from under the floorboards of the room that had once belonged to James Maybrick and was later offered on the same day to a literary agent.

While theories abound as to who was the real Jack the Ripper, right now it seems that the title belongs to James Maybrick.