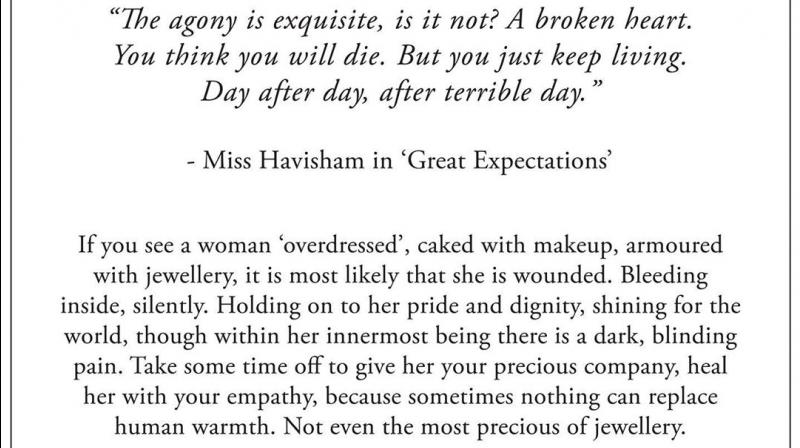 While this line was supposed to be an endorsement for the designer’s jewellery line, it was greatly criticised by netizens, calling it ‘misogynistic’, ‘ignorant’ and ‘sexist’. (Photo: Instagram)

Sabyasachi’s brand is synonymous with uber luxurious Indian wear and exquisite jewellery. Several celebrities are seen regularly donning his creations, and a few of them have also opted to wear custom Sabyasachi lehengas for their weddings.

On July 6, a post went up on Sabyasachi’s official Instagram handle which faces major online backlash for its content. It had a quote from Dickens’ Great Expectations and a statement later that said that “overdressed women are more likely to be wounded. While this line was supposed to be an endorsement for the designer’s jewellery line, it was greatly criticised by netizens, calling it ‘misogynistic’, ‘ignorant’ and ‘sexist’. 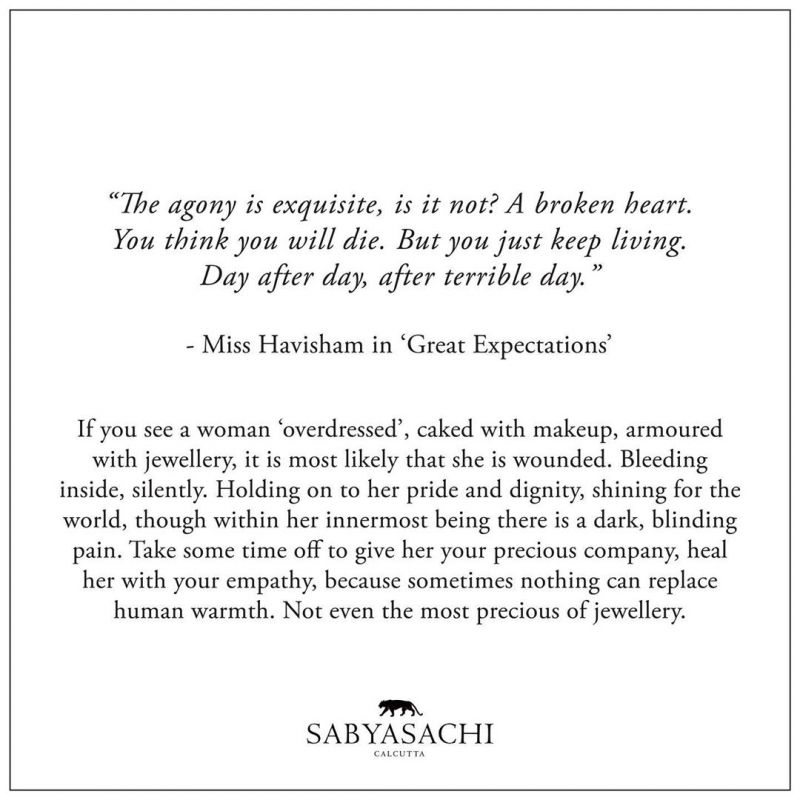 His Instagram account then posted an apology, which stated that the post was “intended as a message of love and empathy and a call to look beyond exterior appearances" which wasn't articulated correctly. 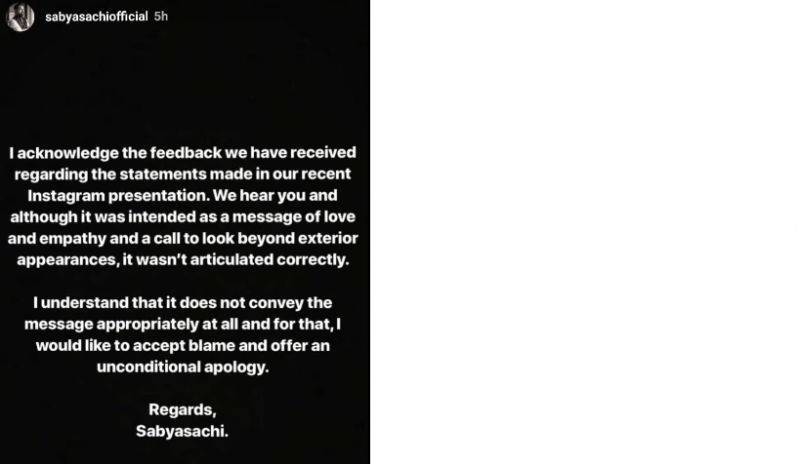 His official account then posted another longer apology on their Instagram handle yesterday, which offered a longer explanation behind the highly-criticised post. “Having been in the fashion industry for over 20 years, I have encountered it firsthand and commented about it in many of my interviews - how, while many women use fashion and beauty for joy and self-expression, others use it as ‘retail therapy’ to fill in the gaps and voids in their lives,” his post said. 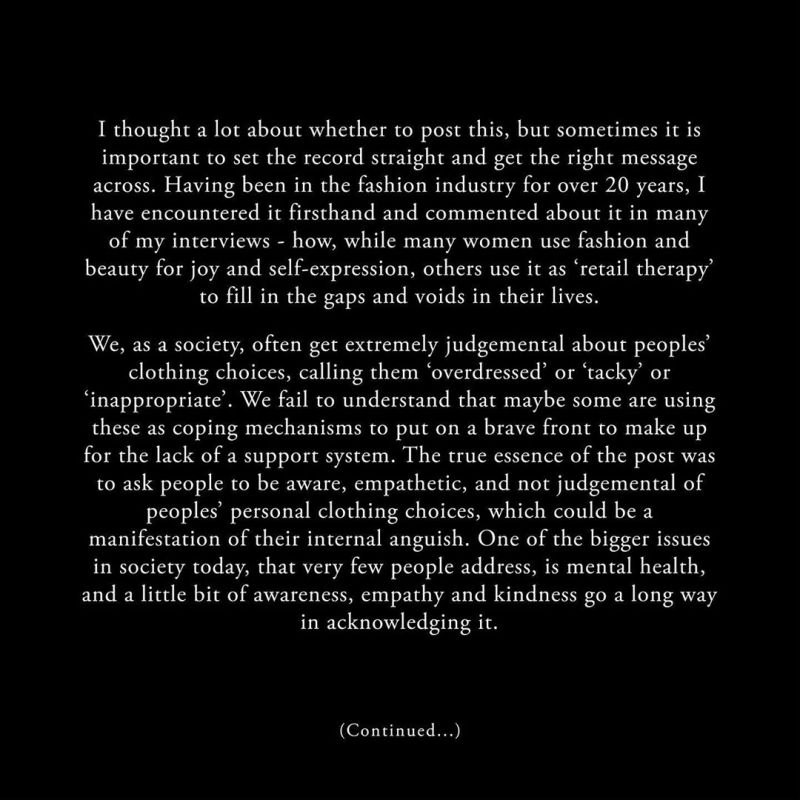 He tried to justify the statement by giving his own example, saying that in his youth, he suffered from “crippling depression for 7 years”, during which he used radical dressing choices as a coping mechanism. He even brought up the mental health dialogue, stated that such claims are easily dismissed by people and not shown enough empathy. Sabyasachi agreed that he did a mistake “to use the reference as a blanket statement, as sometimes when we are passionate about an issue, we end up becoming overzealous and hence, tone deaf.”

While his post did manage to control some of the damage, people were still not convinced. The comments section of post further criticised Sabyasachi for “romanticising mental illness and depression”. While several people lauded him for opening up about his depression, other still condemned him. “Doesn't everyone just love an apology that's an unapology?” said one comment, and “This guy comes up with the best excuses to exploit and objectify women. I mean this is just pushing it, he should have just apologized and gone to bed” said another.

While it is commendable that he spoke about his depression and wanted to channel that through his art, he could have still gone about conveying the message in a less demeaning way. In the process of advertising for his new line, he ended up hurting the sentiments of several women with his generalised statement.