The tale of two old friends resolving their issues while stuck in a JAM with the introduction of sand art is compelling. 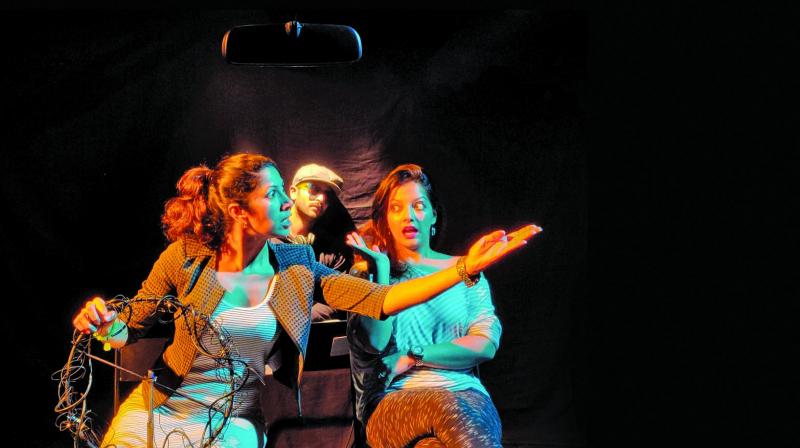 The play, while showcasing the dynamics between two women and the toll that friendship takes in developing each other’s personality, progresses towards revealing what had happened in the past between the two women.

Combining storytelling and live action in the play JAM, director Shivani Tanksale forays into the world of alternative theatre. Written by Annie Zaidi, the play narrates the tale of two old friends overcoming their animosity  while stuck in a traffic jam. As relatable as it gets at all level, the unique aspect is the inclusion of sand art by Debjani Mukherjee.

“These are two friends who meet after 10 years and decide to go watch a film. The play begins from when they are headed back home and get stuck in a traffic jam. Since they are meeting after a decade, there is a notion that something has transpired in the past which sort of creates discomfort between the two,” says Tanksale, who is essaying the role of Surekha who is in a constant rage.

As for Tanksale switching between the director and actor’s hat, she says that she enjoys direction a lot more. “Otherwise as an actor, you are open to only one aspect. But as a director, you have to be involved in the set, costume, music, light, and everything. All of all this gets me excited. Sometimes I have to be very aware, I have to stop the director in me during scenes,” she reveals. 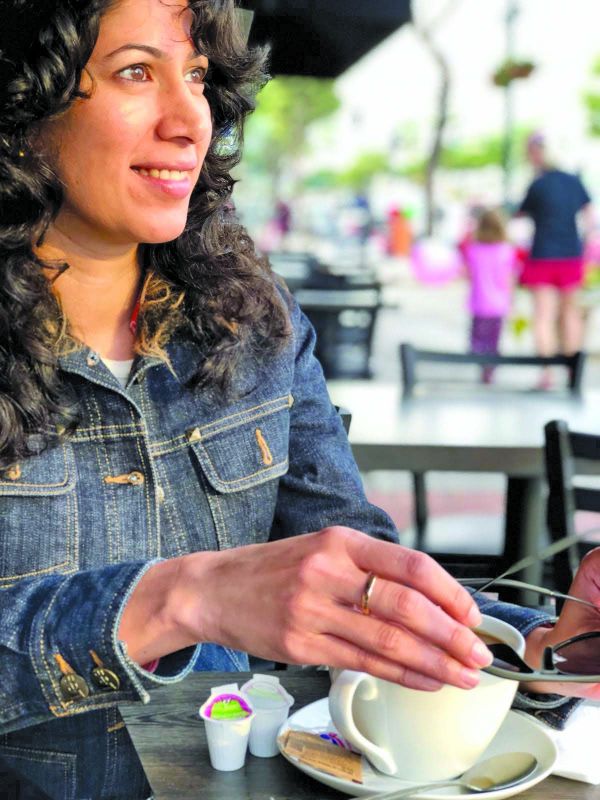 The play, while showcasing the dynamics between two women and the toll that friendship takes in developing each other’s personality, progresses towards revealing what had happened in the past between the two women. “Showing that incident that took place in their lives in the past, and how has it shaped the two for what they have become now,” the director explains.

However, actress Ishita Sharma — playing Bina — points out the similarity between the two friends of both being uncomfortable in their space.

“Be it where they are in life individually and even when they meet. There is a history and they want to steer clear of that, probably don’t even want to address it, and yet they are very good friends. The characters are different in terms of how they are positioned. While Shivani’s Surekha is more outgoing, has a job, etc, Bina is homely, a devoted wife and all the nice things you can imagine,” explains Ishita. Arguing that while the characters don’t really transform, she says that what changes is how they perceive their lives.

Zaidi’s play, while invoking empathy among the audience, balances the emotionality with humour in the form of a radio jockey, played by Ajitesh Gupta. A character while providing a general male perspective on the situation reamins entertaining.

“The best thing about this play is that I come as comic relief, because he is saying cheesy things. Whatever he is saying is kind of entertaining, funny and yet silly,” explains Gupta, adding, “As the play progresses, this jockey has various conversations with people, and eventually in the end, the two friends end up calling him, which is when they resolve their doubts, conflicts, and issues.”

Since a plot that is common to any city making it easy for people to connect with, the director believes that the attraction factor is the way it has been staged.

“We have a sand-art projection that is happening on the windscreen of the car. In that sense, I hope we are making it different from the normal run-of-the-mill play,” she concludes.