Several small tributes to the past were observed in Archie’s official christening photos. 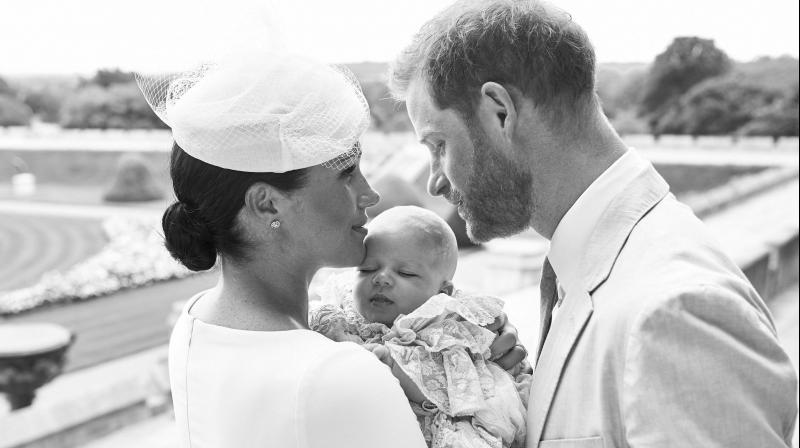 Archie Harrison Mountbatten-Windsor was baptised to the Church of England on July 6, 2019, at the age of two months. The ceremony was officiated by the Archbishop of Canterbury Justin Welby at the Private Chapel in Windso Castle.

The Sussex’s released two photos from the event on their Instagram handle. The first one was a family photo, including Prince Charles and Camilla, Prince William and Kate and Meghan’s mom Doria. A surprise inclusion in the official photo was Princess Diana’s two sisters Lady Jane Fellowes and Lady Sarah McCorquodale. The second photo was a more intimate shot of Meghan, Harry and Archie on the grounds of Winsor Castle.

Several details were spotted in the photos that were subtle tributes to various historical facts. Here are some of them:

Meghan, Duchess of Sussex wore these earrings to her royal wedding in 2018. These Cartier Galanterie de Cartier studs are made of diamonds and white gold. She has since then refrained from wearing these earrings publicly. She once again wore these diamond studs for her son’s christening, thus subtly tying the two events together. 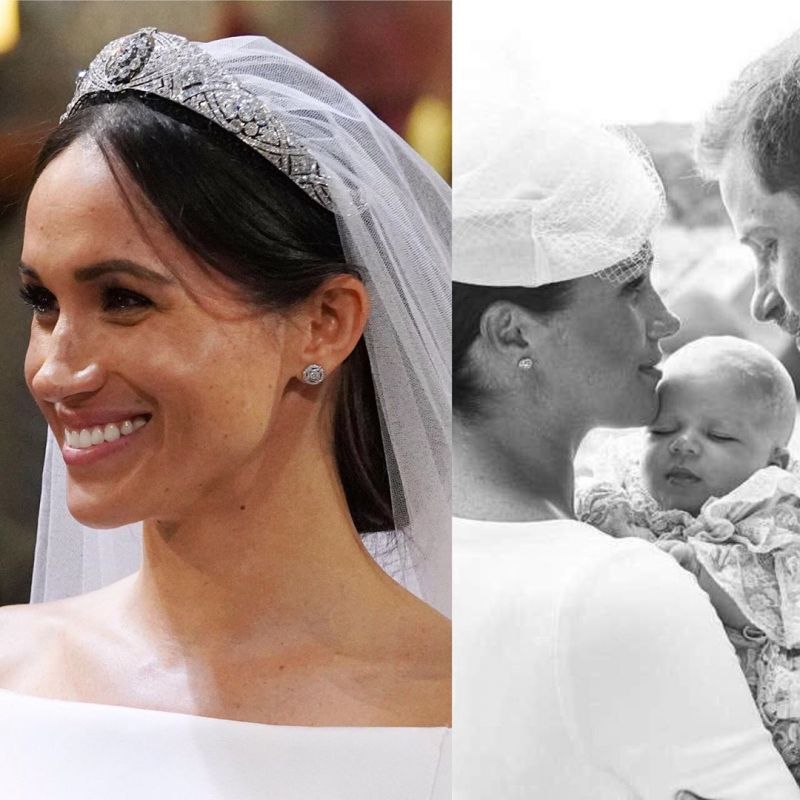 Cartier has long been providing jewellery to the Royal Family since they opened up a shop in London on 1902. The most famous piece of royal Cartier jewellery is the Halo tiara that Kate Middleton wore to her wedding in 2011.

Princess Diana wore one of her most favoured pieces of jewellery to the christening of Prince Harry- her Collingwood pearl earrings. These earrings have since been often seen on Kate, and seem to be one of her favourite pieces as well. Kate, in a wonderful tribute to her late mother-in-law, wore the Collingwood pearl earrings to Archie’s christening. They were the same pair Diana wore in 1984. 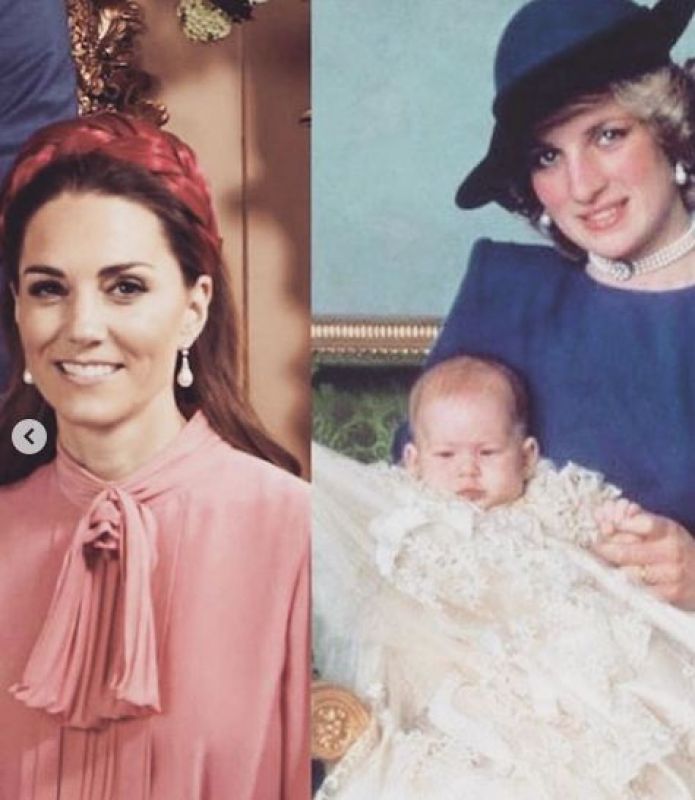 Kate is often seen wearing Diana’s jewellery, including the Cambridge Lover’s Knot tiara, the sapphire drop earrings and most recently, the South Sea diamond and pearl earrings. Through this gesture, Kate kept Diana’s memory alive in the official pictures.

Location of the official photos

Archie’s christening official portraits were taken in the Green Drawing Room at Windsor Castle, the same place where a few of Harry and Meghan’s official wedding photos were taken post their wedding in St. George’s Chapel. This was another significant way of tying together the two events. 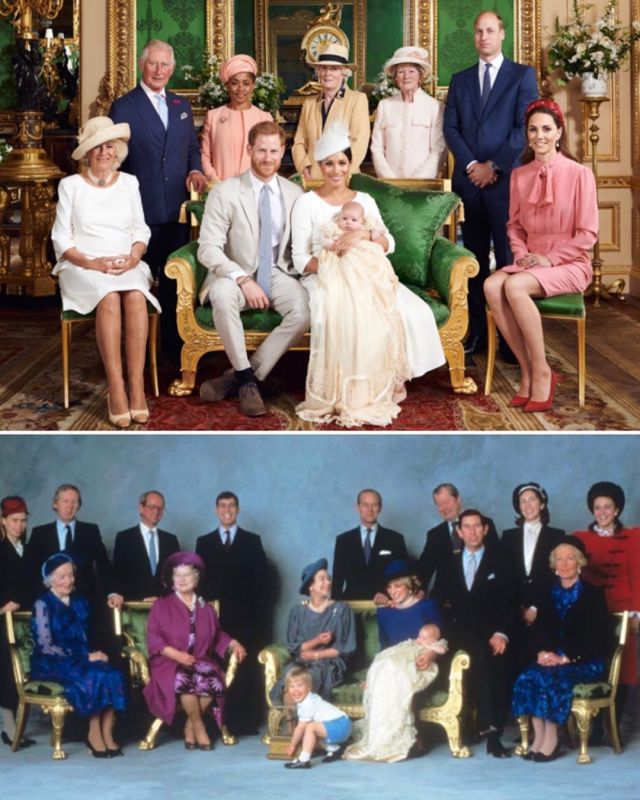 Another wonderful coincidence, or maybe planned, was the green sofa set in the Green Drawing Room on which the pictures were taken. It is the same location where the Royal Family gathered to celebrate Harry’s christening in 1984 as well as the location of the official photos from that event.

The christening gown that Archie wore has a long history behind it. It is the replica of the cascading ivory Honiton lace gown which was used for the baptism of all royal babies since the time of Queen Victoria. 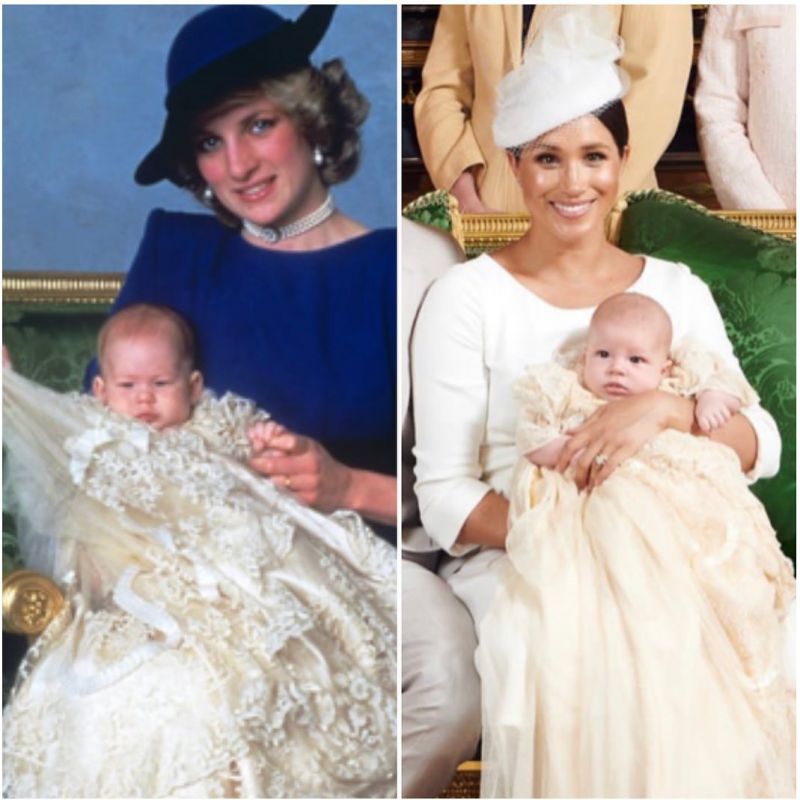 The original gown was born by 62 royal babies, including Prince Harry, from 1841 to 2008. Its replica, made by dressmaker to the Queen Angela Kelly, has been used on royal babies from 2008. It was the same one worn by Archie’s cousins George, Charlotte and Louis.