Eating disorders mostly begin during the teenage or in the early adult years. 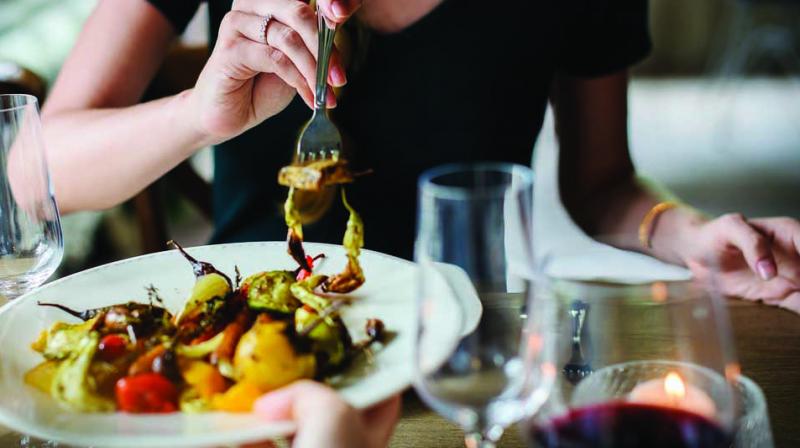 The diagnosis is often delayed especially in developing countries like India because of the social stigma associated with the disease.

A recent study has found that while the physical symptoms of eating disorders are signs, symptoms of mental disorders such as anxiety and depression emerge much earlier in the person. It usually leads the person to experience shame and guilt. As a result, many of these develop substance abuse (e.g. alcohol and drug addiction) and suicidal tendencies.

Dr Zaheer Nabi, consultant gastroenterologist at the Asian Institute of Gastroenterology, helps us understand how treatments can help such patients return to healthier eating habits and reverse serious complications associated with the disorder.

Is the diagnosis of eating disorders delayed in most of the people, and are the early warning signs ignored?

The diagnosis is often delayed especially in developing countries like India because of the social stigma associated with the disease. The other reason for delayed diagnosis is failure on the part of family members and physicians to appreciate subtle features of eating disorders.

What are the different early warning signs that one must look out for?
The symptoms vary according to the type of eating disorder. For example, patients with anorexia nervosa have an intense fear of gaining weight and a distorted perception of weight or shape. Therefore, these patients use extreme efforts to control their weight and shape even when they may already have low weight.

On the other hand, patients with bulimia have the tendency of binge eating followed by purging (getting rid of whatever they have eaten by self-induced vomiting, excess exercise or use of laxatives). These patients cannot control their eating. At the same time, they also suffer from shame, guilt and a fear of weight gain, which forces them to lose weight by the abovementioned unhealthy means.

The person skips meals or makes excuses for not eating.
Adopts overly restrictive vegetarian diet and is excessively focus on healthy eating, making own meals rather than eating what the family eats.
Withdraws from normal social activities.
Frequently checks the mirror for perceived flaws, repeatedly eats large amounts of sweets or high-fat foods, uses dietary supplements, laxatives or herbal products for weight loss.
Exercises excessively and has calluses on the knuckles from inducing vomiting and has problems with loss of tooth enamel (indicative of repeated vomiting).
Leaves during meals to use the toilet.
Eats much more food in a meal or snack than is considered normal;
Expresses depressed opinions, disgust, shame or guilt

Do mental health professionals also treat patients suffering from depression and anxiety along with eating disorders? Do these cases then require a combined treatment in terms of therapy and medication?
These patients often have coexistent depression and anxiety problem, which should be addressed in addition to the primary disorder of eating. So also, the management of eating disorders requires a multidisciplinary approach, which includes a team of a psychiatrist, gastroenterologist and nutritionist.

What are the types of eating disorders found in India?
All types of eating disorders are prevalent in the country, although in general, anorexia nervosa is the most common disorder. That being said, there is no quality data in India. There are only random studies because of which the true estimates are unavailable. For example, in a study involving 210 medical students in Chennai, 14.8 per cent were found to have syndrome of eating distress. Similarly, the prevalence of bulimia nervosa was estimated to be about 0.4 per cent in a North-Indian study.

Which gender is the disease found more in?
Eating disorders are more prevalent in women as compared to men. A constant fear of gaining weight and body shaming are definitely important factors that lead to this. For the same reason, the disorder is most common in young females in whom the fear of gaining weight is the most.

Young minds are often obsessed with the concept of ‘thin is beautiful’. A lack of quantitative data and an ignorance of mental health in India make this disorder under-recognised. What we see in routine practice is probably the tip of the iceberg, and these disorders are much more common than perceived.

Are they also addicted to antipsychotic drugs and ingest higher rates of gastrointestinal drugs? What are the side effects and how does it affect the body and mind?
There is no golden drug for the treatment of eating disorders as medications can’t cure an eating disorder. However, certain medications may help control urges to binge or purge or to manage excessive preoccupations with food and diet. Drugs such as antidepressants and anti-anxiety medications may help with the symptoms of depression or anxiety, which are frequently associated with eating disorders.