Some 2,500 orangutans are killed in Borneo every year, the researchers say. 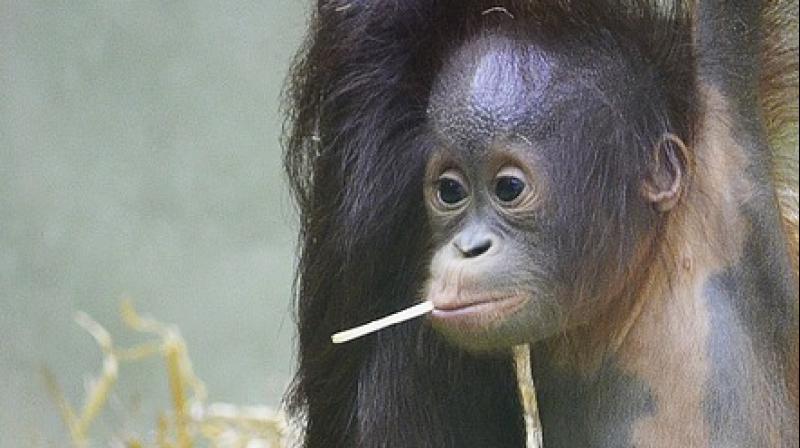 Study finds population shrunk by a quarter in the last decade (Photo: Pixabay)

Population of orangutan on the island of Borneo has shrunk by a quarter in the last decade say researchers urging conservationists to rethink strategies to protect the endangered great ape.

An international team of researchers used a combination of helicopters and ground surveys and other techniques to draw a picture of the state of orangutans presently.

Previous counts have largely relied on estimations based on ground and aerial surveys of orangutan nests.

The new findings, the team said in a statement, are 'a wake-up call for the orangutan conservation community and the Indonesian and Malaysian governments who have committed to saving the species.'

The biggest threat to orangutans, one of only two great ape species found in Asia today, are habitat loss due to farming and climate change, and their killing for food or in conflict with humans.

Some 2,500 orangutans are killed in Borneo every year, the researchers said.

The findings were published in the journal Scientific Reports.