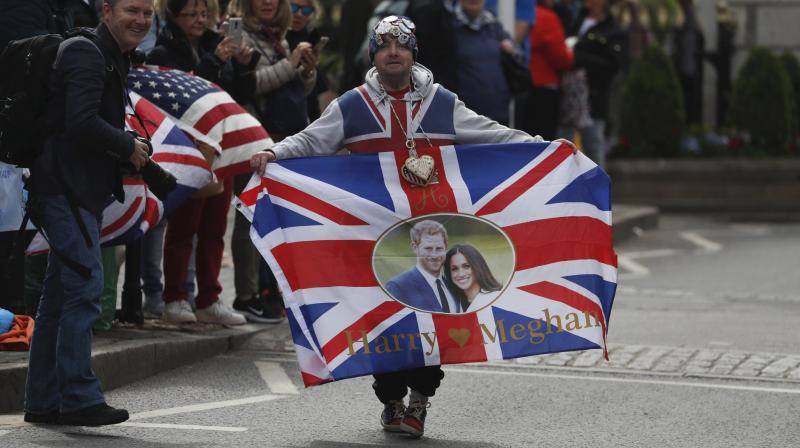 London: Britons love to lay down their bets, and with the birth of a healthy baby boy for Meghan, the Duchess of Sussex, and Prince Harry, it’s time to focus on boys’ names.

Royal babies usually have a string of names, opening the way for endless betting possibilities. “Following a flurry of bets last evening, Alexander is now the new favourite at the top of our name betting and the one we are fearing the most,” said John Hill of the Coral betting agency. Alexander has 4/1 odds at Coral, while Arthur is 6/1 and Albert, James and Spencer are all 8/1.

Choosing Spencer as a first or middle name is seen as a way for Harry to honour Diana, who died in a Paris car crash in 1997 when he was only 12. Before he married Meghan last year, Harry spoke about his desire to pay tribute to his mother’s memory during the wedding ceremony.

Others believe Meghan could choose a name that reflects her American biracial heritage. One Twitter user suggested Marvin — for the late singer Marvin Gaye.

The infant, known only as Baby Sussex for the moment, was born Monday at 5:26 a.m. at a yet-undisclosed location. In a gushing announcement of the birth, Harry said he and Meghan are “thinking” about names and hinted that an announcement might be made Wednesday or shortly thereafter.

The couple is also expected to pose with their newborn or release a photo on their Instagram account at some time and to publicly name godparents for the child. The new arrival is the eighth great-grandchild of Queen Elizabeth II, who smiled when asked about the baby’s arrival at a luncheon Tuesday.

Asked if life is good, the 93-year-old monarch said: “Yes, thank you.” The baby boy is the first of her great-grandchildren to have an American parent. His mother Meghan is the daughter of a white man and a black woman, bringing a biracial heritage to the House of Windsor.

“This is a family that lives the reality of a multicultural world daily,” he said. “It’s their job: to interact with people of different backgrounds to themselves on behalf of the nation, and to treat them all with respect. I have to tell you, they are pretty good at it.” He went on to tell the baby: “Whether you like it or not, you’re going to have a special place in the nation’s heart.”

Prince William, Harry’s older brother, joked Tuesday that he will be glad “to welcome my own brother into the sleep deprivation society that is parenting!” “Obviously thrilled, absolutely thrilled, and obviously looking forward to seeing them in the next few days when things have quietened down,” William told reporters.

The birth produced a moment of high drama likely to be replayed for the rest of Harry’s life. The prince, who has battled mental health challenges since the abrupt loss of his mother at a young age, emerged with the world’s most satisfied grin Monday afternoon to announce the birth of his son before TV news cameras.

“We’re both absolutely thrilled and so grateful for all the love and support from everybody out there. It’s been amazing, so we just wanted to share this with everybody,” the normally press-shy royal gushed.

Harry also burnished his feminist credentials — and paid tribute to mothers around the world — after witnessing the birth. “It’s been the most amazing experience I could ever have possibly imagined,” he said. “How any woman does what they do is beyond comprehension.”