The world is super excited to see the first glimpse of Meghan's royal baby. 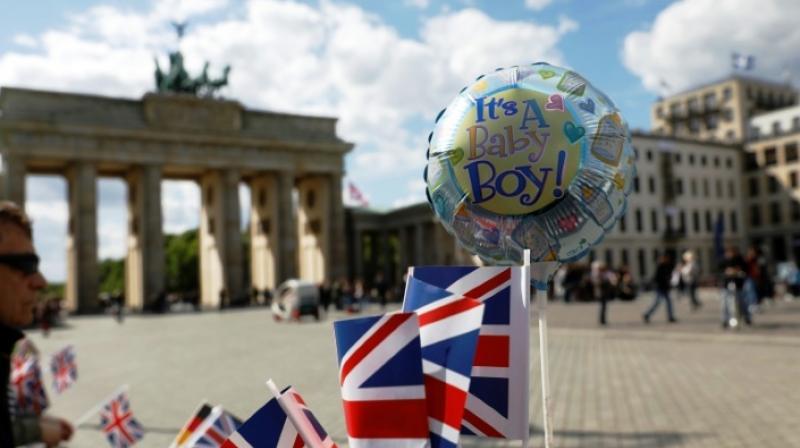 The mother and proud father, who said his son was 'absolutely to-die-for', will release a photograph soon. (Photo: AFP)

London: Britain's Prince Harry and wife Meghan will show their baby son off to the world on Wednesday amid fevered suspense for British royal watchers desperate for a glimpse.

A visibly relieved Harry, 34, announced on Monday the arrival of the couple's firstborn, who will be seventh in the line to the British throne. The mother and proud father, who said his son was "absolutely to-die-for", will release a photograph of their new arrival later Wednesday.

The couple announced the birth of the seven-pound, three-ounce (3.26-kilogram) baby – "It's a BOY!" – to their 6.5 million followers on Instagram. Prince Charles, on a visit to Germany on Tuesday, said he was "obviously delighted" and "impatient" to see his fourth grandchild.

The heir to the British throne, speaking in German, said he would see the baby "in the coming days when things are calmer". Crowds gathered outside Windsor Castle, west of London, on Monday and Tuesday to wish them well.

It was a rare piece of good news for a nation consumed by the endless Brexit drama, giving a chance to celebrate royal traditions – this time with a young American twist.

"I want to see how he'll look. As Meghan is mixed race, I'm curious", said Zahra Kibue, 34, who lived in Kenya before moving to England a few years ago.

Former US TV star Meghan, 37, has created a fresh buzz around the century-old House of Windsor but has also made waves with her modernising ways. She raised eyebrows by closing her own car door – a task usually performed by aides and has ignored tradition by keeping the birth private and well away from the prying media's eyes.