A cool prank played by a cricketing great in disguise gives joyful memories to budding players at Shivaji Stadium. 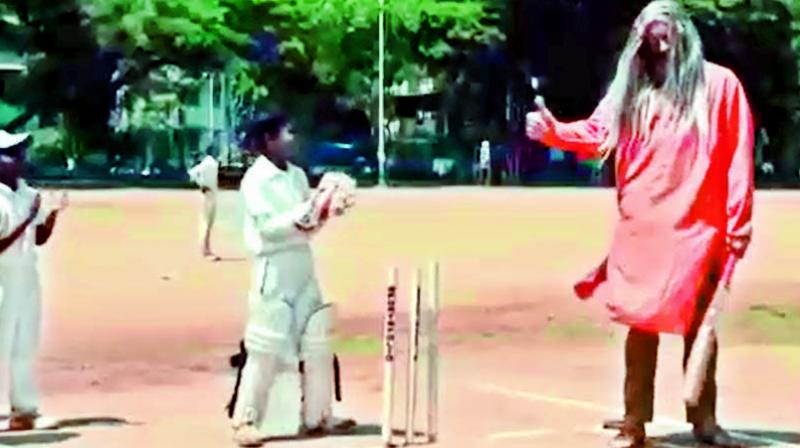 It was a usual day at Shivaji Park in Dadar, Mumbai. The breeding ground of many talented cricketers was packed with kids in full white kits around uneven cricket pitches getting ready for practice. But that there was an unusual visitor on the ground. An old man wearing a long, shabby orange kurta with unkempt grey hair and beard looked more like a fakir or a senile person who had lost his way. The kids were more intrigued than upset by the presence of this intruder who wanted to know if he could take part in the game. The kids decided to give it a go.

At first, he asked for a few tips on batting from the young players. He missed a couple of deliveries giving the kids something to laugh at. Moments later, he moved on to bowling, but could not manage even a single delivery. The youngsters were in splits seeing the oldie.

But the boys were in for a surprise. The man suddenly started off with a long run-up and the young batsman saw his wickets tumble. The kids were dumbstruck. The man continued the streak for a while and o, this time whacking the red cherry all over the park. By this time the young cricketers knew that they were in the presence of a great player, but still couldn’t recognise him. As the camera crew closed in, the children were treated to a great reveal. It was the one and only Brett Lee, the Australian speedster. The children’s faces lit up. 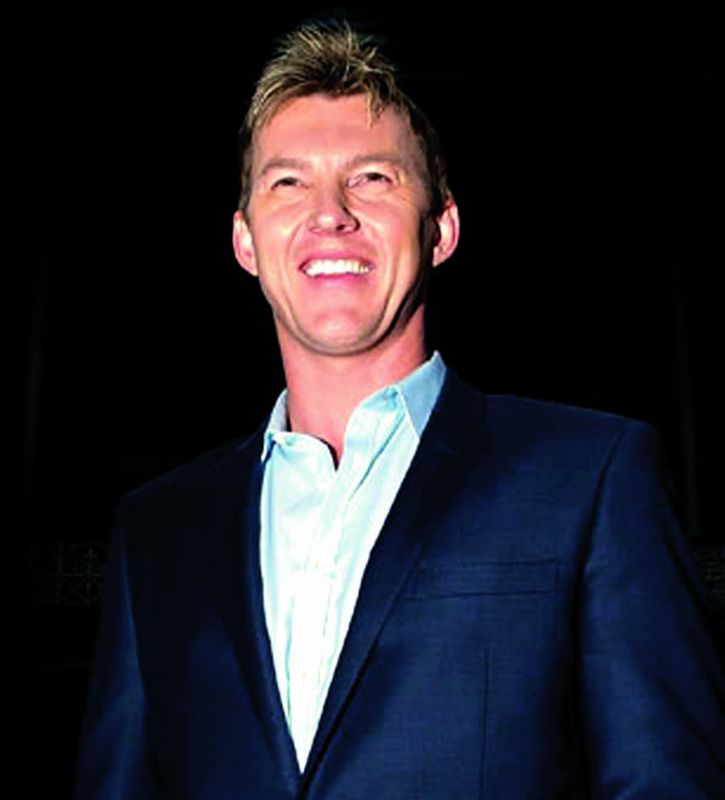 At first, he (Brett Lee) missed a couple of deliveries giving the kids something to laugh at. Moments later, he moved on to bowling, but could not manage even a single delivery. The youngsters were in splits seeing the oldie

The whole set up was the brain child of the Head of Broadcasting of Star Sport. The plan was to engage young fanatics of the sport by allowing them to meet international legends like Lee himself who are in India for the Indian Premier League.

“The plan is to indulge the youngsters who practice at grounds like Shivaji Park and Azad Maidan with the sport,” says a source from Star Sports.

“Even Dean Jones paid a visit to Azad Maidan one fine day and played with the kids. We don’t just want to broadcast the games but also engage the people with the sport. We feel that fun and laughter is a good way to do it. Brett Lee is someone who has been connected to India some way or the other and this was one more act for him,” he says.

Lee, with his famous bowling action, which once terrorised the best batsmen in the world enjoys a lot of love and support from Indian cricket fans.  Affectionately called ‘Binga’, Lee has endeared Indians on and off the pitch, whether it is by doing a song with Asha Bhosle or acting in movies like UnIndian. It is in the same spirit that Lee, who is also working as an analyst and Pundit with Star Sports for IPL, agreed to this funny prank aimed at interacting with young fans of the game.

While this concept may seem new for India, this idea was executed in many ads and campaigns with popular footballers and basketball players surprising fans in disguise. Cristiano Ronaldo appeared on the streets once as an old man, German club Bayern Munich players David Alaba and Frank Ribery entered a five-a-side game in Munich with a bunch of amateur footballers. Japanese automobile company Nissan tried something similar in India last year with all-rounder Yusuf Pathan in Delhi. According to sources, this won’t be a one-time stunt, so we hope to see more surprise appearances by other cricket stars.