The Immersive sensory experience form of theatre is slowly gaining a wide following as it promises to awaken all the senses. 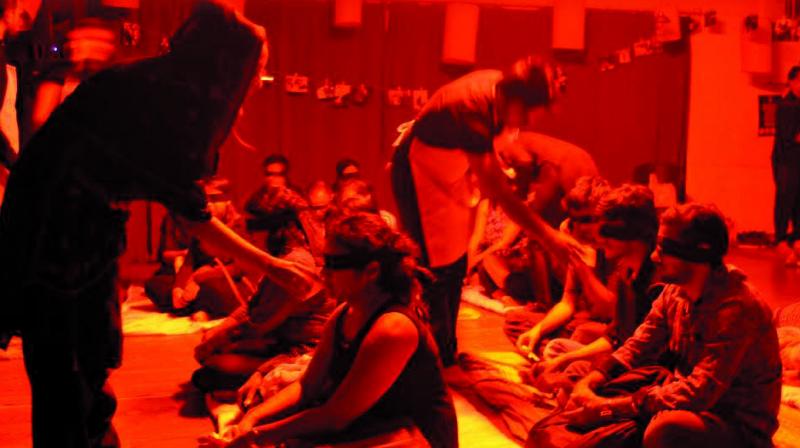 Calling it an intimate experience as after a certain time the characters and audience mix so well that the line between the two is blurred.

For those wanting to break the monotony of daily life with an exciting experiment involving dialogue, characters and a story, Rangaai Theatre Company’s The Darkroom 2.0 — An Immersive Sensory Experience is something that will bring your senses to life.

The experience goes beyond conventional acting of a group of performers enacting a story. Under this kind of theatre, actors narrate three stories, but with a twist. Performed in a pitch-dark room, the audience is blindfolded on entry and is given its cues as to when it can remove the blindfold.

Tushar Tukaram Dalvi, founder, Rangaai Theatre Company, says this experimental theatre is about giving a sensory experience to the audience while narrating the story. “The audience is blindfolded and given objects to touch, smell and feel according to the story. It is at this time that our actors tell them their cue to remove the blindfold. Then they are brought into the space and it is during the narration of the story that they pick their cue and remove the blindfold,” says Tushar. 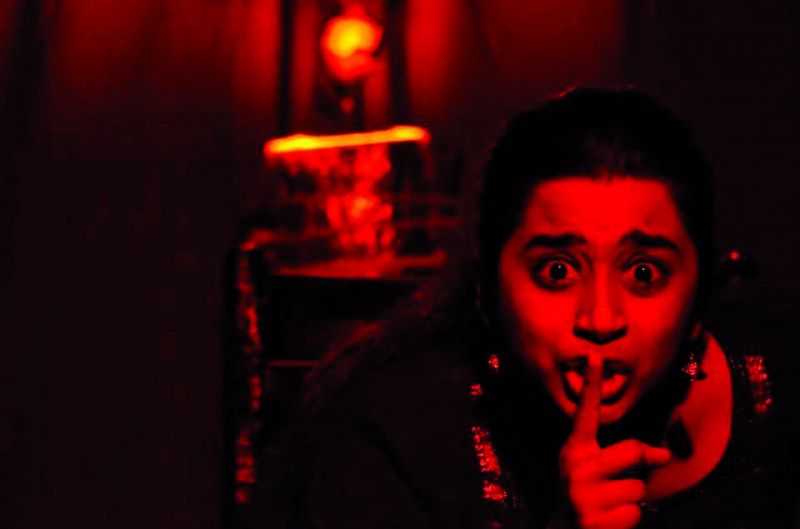 An actor performing a story in The Darkroom Project 2.0

However, the blindfold is only for the first story. “The audience is blindfolded for one complete story. As the next story begins, it has already removed its blindfolds after the cue,” he explains.

The three stories being narrated are Munshi Premchand’s Kafan, Durga Poojo — a story sharing a personal account of child abuse by a family member, and Manto’s Khol do, which deals with female abuse at the time of the Partition. All the stories, the director explains, have a dark and intense subject and are very much relevant to today’s time.

Calling it an intimate experience as after a certain time the characters and audience mix so well that the line between the two is blurred. “We do only intimate theatre so that we connect with the audience well. In some performances the audience has to take the decision and it is the one driving the show forward,” says the 30-year-old.

Talking about his upcoming plays, the director is working on a play ‘Untitled’ based on Italian theatre actress Franca Rame and playwright Dario Fo’s story. Alongwith this there are three real stories namely, Nirbhaya, Gudiya from Shimla and Aruna Shanbaug’s story, all depicting the rape cases in the country. 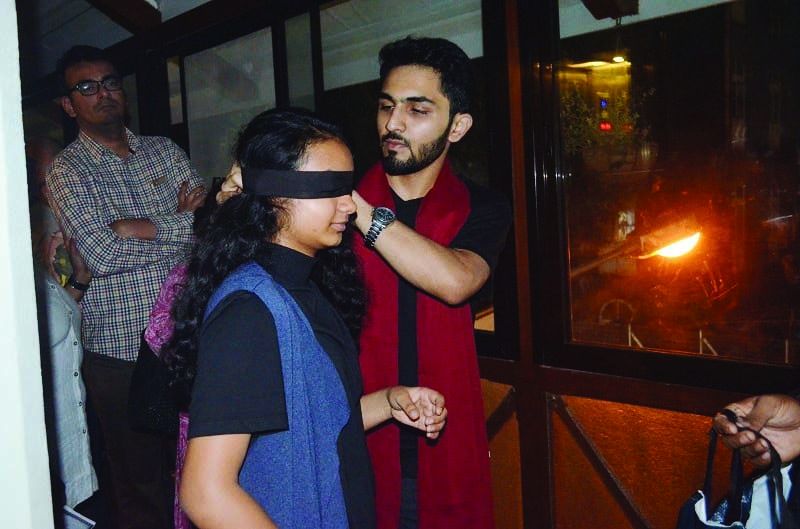 “The subject is heavy and it requires mental preparation. We will tie the audiences’ hand and blindfold them. This will make them feel things by themselves and motivate them to take action,” he says.

In his experimental journey, Tushar and the team are now planning a ‘touring audience’ kind of play marathon. Where the audience will be shifting base within a room for different stores. “This will give audience an actual feeling of spaces in whichever situation the play is set,” smiles Tushar.