Social activist and women’s advocate Trisha Shetty has raised doubts over the safety of women in metropolitan cities. 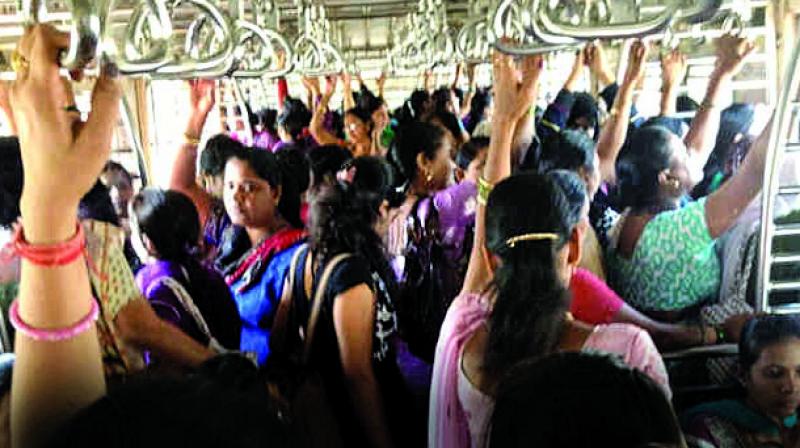 In the wake of an attack on a female commuter and the molestation of a 19-year-old girl in January, one wonders if Railways is doing enough to protect women.

Once considered to be one of the safest modes of transportation, the Mumbai local seems to be not living up to its reputation.

In a shocking incident recently, a man on a local train assaulted and molested a female co-passenger. The incident came to light after a video went viral on social media, where the man is repeatedly seen thrashing the woman and trying to strangle her.

While fellow passengers were seen in the video not coming forward to help, a policeman in the adjoining compartment can be seen asking the molester to stop. Surprisingly, no one thought of pulling the chain to stop the train or calling on the Railways’ emergency numbers.

For 28-year-old Smriti Patwa, a regular on Vile Parel to Thane, the situation is no different on the station platforms. “I have to change trains from Dadar and it is highly crowded during the peak hours. I have literally seen women wrapping their arms around their chest or using bags to protect themselves,” rues Smriti. And though she finds it humiliating, what really saddens Smriti is the fact that one really can’t do anything about it.

Social activist and women’s advocate Trisha Shetty has raised doubts over the safety of women in metropolitan cities. “It is claimed that women are safe in metropolitan cities, but how safe are they? Every woman has one story or the other of being molested in a local train or bus, or on the road,” sighs Trisha.

When contacted, the authorities declined commenting, stating instead that the incident wasn’t a concern of Railways and it was a law-and- order issue since both the passengers knew each other. While authorities said the case falls under the government railway police (GRP), it is to be noticed that even that is a part of local railway department.

Expressing displeasure over the incident, former police commissioner M.N. Singh says Railways is responsible for looking into the matter.

“They can not wash their hands of the matter,  as the GRP is a part of railway department. Therefore, Railways should take responsibility and ask the GRP about action on the affair,” says the former police chief.

Stating that people are selfish at times and they are too preoccupied with their own lives to offer aid to victims,  the retired IPS officer says, “Some are scared that they might get involved in legal proceedings.”

Putting the police’s side forward, deputy superintendent of police Samadhan Pawar stated the people in the video were acquainted with each other.

“We have officers patrolling railway platforms and in ladies compartments but both of them boarded the compartment meant for the differently abled. There were other passengers also, but no one could do anything because of the bars between the two sections,” says the police officer. Now, a case has been filed under section 307 of the Indian Penal Code (attempt to murder), and the accuser is under investigation.

But who is to ensure that people intervene in such situations? While the former cop believes that onlookers should come forward and rescue the victim, Trisha advises placing posters.

“Posters should be placed in trains and on platforms, mentioning punishments meted out to harassers and molesters. This will help in bringing more awareness to the commuters,” she concludes.