Non-consensual sex in marriage not rape 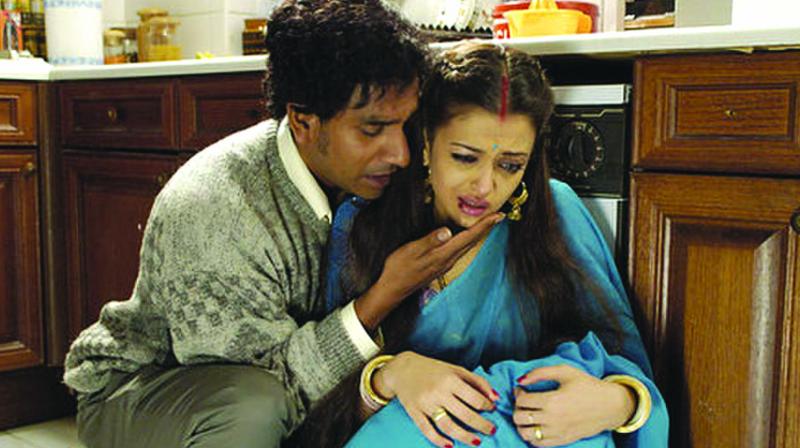 The Gujarat High Court observed in a recent case that non-consensual sex with wife is not rape. At a time when marital rapes are very much under discussion and strongly condemned, an observation by Justice J.B. Pardiwala comes when a man approached the court to get an FIR filed by his wife, who is also a doctor, quashed. The judge pointed to the exception in Section 375 that non-consensual sexual intercourse with spouse is not rape.

“The husband cannot be prosecuted for the offence of rape punishable under Section 376 of the IPC at the instance of his wife as the marital rape is not covered under Section 375 of IPC, which provides that sexual intercourse or sexual acts by a man with his own wife, the wife not being under 18 years of age, is not rape," justice Pardiwala said.

We speak to lawyers, activists and social workers who comment on the matter.

‘Marriage not a license for sex’
Mohan Karoor, Lawyer
The Indian law clearly states that non-consensual sex in a marriage is not rape. Many activists have put in proposals to amend it but the judiciary is hesitating as such an amendment could break homes. Most of the times in the Indian scenario, a man forces the lady because he thinks marriage is the licence to have sex. This needs to change.

The position of a woman in this society is weak, as if a woman refuses to have sex, the husband is likely to say, 'then why did you get married'? Or that he could say that I could rather get sex from elsewhere. This is the reason why many wives still don’t come out openly and complain about this. We, as a society, are not as progressive as yet and the freedom of the individual has not yet evolved fully. So, despite all the efforts, I don’t see any change happening even for the next 20 to 30 years, regarding this law. The judiciary is also probably worried that this law can be misused, just like section 498 A, the Dowry Prohibition Act, is sometimes misused.

The only hope now is that it must be voluntary. A husband should understand that a no means no. Each person in their individual capacity should realise this.

‘A threat to Human rights’
Ekta Singh, Social worker
It shouldn’t be taken lightly because not only is it demeaning the fundamental rule of marriage,but is actually a threat to the fundamental human rights, let alone women’s! Such rules are deepening the new age gender bias acts. If we get away with letting such a rule pass we are really lowering our ideologies. It’s like bringing shame to our own selves.

‘The observation is correct’
Poongkhulali Balasubramanian, Lawyer
If you interpret the law strictly, the observation is correct because as on date,under the IPC, sexual assault by a man against his own wife does not constitute rape. What is required is legislative intervention where this exception needs to be removed. A woman should have the same levels of autonomy over her body whether married or otherwise.

‘Archaic laws need to be reassessed’
Kiran Manral, Author
If I read right I think the honorable judge stated, that the provisions in Section 375 need to be amended to make marital rape a punishable offence. The judge also expressed dismay that the law has its limitations on this matter and actually did speak out in favour of outlawing sex within a marriage that is non-consensual.
The limits of the law would definitely affect the judgement given that any judgement has to be within the purview of what the law states. But with the judge stating that ‘marital rape is not a husband’s privilege but a violent act and an injustice that must be criminalised’ — our lawmakers need to take marital rape seriously. They need to re-look the laws on rape and domestic violence to criminalise marital rape. Marriage is not an institution when it completely denies a woman all right over her body and disregards consent. Archaic laws need to be re-looked at and reframed.

‘It’s a knee-jerk reaction’
Bhaskar Rajkumar, Doctor
I feel people should look at the complete observation, before drawing conclusions. This was an observation drawn specific to this case scenario. However, word of caution is this should be drawn as a reference in future. Non-consensual marriage itself is a marriage issue in our society, leading to domestic violence. Unnatural sex demands is also common complaint in many cases. Similarly, non-consensual sex should be considered punishable. More than an archaic move I would call it a knee jerk reaction.