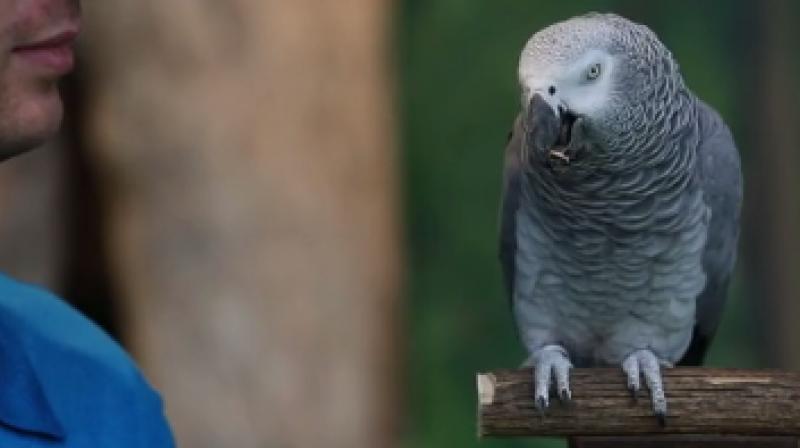 The brilliant parrot rightly called ‘Einstein’ from Zoo Knoxville did a special show for the audience on its 30th birthday. (Photo: Facebook)

Parrots are quite good with mimicking humans and they have entertained us for a long time. However, a parrot in Tennessee has been turning quite a few heads with its unusual mimicry skills because it just doesn't imitate humans, it can also imitate animals in the exact same way.

According to a recent media report, the brilliant parrot rightly called ‘Einstein’ from Zoo Knoxville in Tennessee celebrated the birds birthday in style by putting on a show for everybody at the zoo. The Congo African grey parrot is not like any other normal parrot because it can do what no known parrot can do and that is mimic its friends from the animal kingdom like the dog and owl.

The parrot with a 200-word-strong vocabulary can bark like a dog and even hoot like an owl while being able to sing like birds and make sound like a spaceship and even echo like a laser. Einstein seems to live to his more famous namesake and scientist Albert Einstein.