While the world celebrated International Women's Day, we take a look at five places which are exclusively ruled by women. 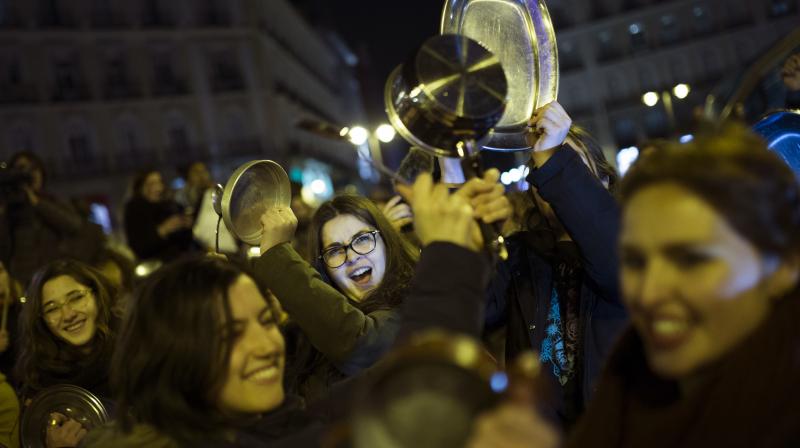 International Women’s Day sees women from across the globe come together to force the world to recognise inequalities – and celebrate the achievements of women who have overcome these societal barriers. (Photo: AP)

According to the United Nation's website, International Women’s Day is "a time to reflect on progress made, to call for change and to celebrate acts of courage and determination by ordinary women who have played an extraordinary role in the history of their countries and communities."

International Women’s Day sees women from across the globe come together to force the world to recognise inequalities – and celebrate the achievements of women who have overcome these societal barriers.

While the world celebrated International Women's Day, we take a look at five places which are exclusively ruled by women.

Mosuo, China: Located in the foothills of the Himalayan Mountains, there is a place ruled by women in Mosuo, by the Lugu Lake in south-west China.

The Chinese government classifies them as ethnic minority, Nakhi. But in reality, for the 40,000 or so of the group who call themselves the Na, are culturally unique having been practising matriarchy for thousands of years.

Each large household is ruled by the matriarch, and property and lineage are passed down through the female line. Women take care of business while the men look after the animals. Children belong to their mums and many a times, they do not even know who their father is.

A part of the ‘walking marriage’ tradition, Mosuo men stay with their mothers, and at night women choose a partner by walking to his home. Couples traditionally did not live together. There is no word for “husband” or “father” in their language.

Alapine Village, Alabama: The official name being Womyn’s Lands, these communities mainly trace their routes to the original “Pagoda by the Sea”, founded in St Augustine, Florida, in 1977.

A direct result of the 1970s gay rights and women’s liberation movements, a group of women made their way to Florida to live together on a beach where no men were allowed. In the 1990s, some of these women, including Emily Greene, relocated to a mountaintop in rural Alabama. They formed a camp called Alapine Village which still exists today.

According to the Alapine Village website, it is a “ home to a diverse group of womyn who celebrate many spiritual paths, pursue a variety of outdoor activities, enjoy vegetarian and gluten-free to omnivorous diets”.

These days, around 17 middle-aged women live and work the land together in an ecofriendly, community-based and strictly man-free lesbian community.

Bribri, Costa Rica: The Bribri are an indigenous people found in the Limon province of Costa Rica and northern Panama.

While census data estimates that there could be anywhere between 12,000 and 35,000 members of the tribe, the effect of colonials and Western tourism has left many disenfranchised and unemployed.

This society too operates on a matrilineal line; women pass on land to their children, and tradition and tribal lineage to their grandchildren. Each Bribri belongs to a “clan”, which is determined by their mother.

Only women are permitted to prepare the traditional cacao drink, used in sacred rituals, which gives them a certain spiritual superiority. Bribri legend has it that the cacao tree used to be a woman, who was turned into a tree by the gods.

Umoja, Kenya: An unusual example of a matriarchy, here men are actually banned. A literal no-man’s land, the village in the grasslands of Samburu, northern Kenya, is home to survivors of sexual assault and gender-based violence. It is surrounded by a thorn fence to keep out all male visitors.

The matriarch of Umoja, Rebecca Lolosoli, founded the village in 1990 with 15 survivors of rape at the hands of British soldiers. Lolosoli herself was recovering from an attack by a group of men, as a punishment for spreading women’s rights in her village.

Umoja, which means “unity” in Swahili, has since provided refuge for women of the Samburu. They come from isolated and deeply patriarchal villages along the Rift valley, fleeing forced marriages, FGM, domestic violence and sexual assault.