Citizens are holding their representatives and bureaucrats accountable, with just a ‘click and upload’. 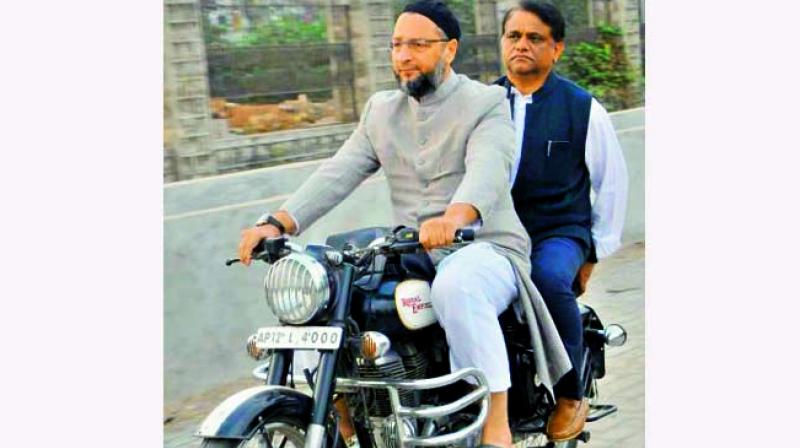 MP Asaduddin Owaisi and Principal Secretary Arvind Kumar were spotted riding without helmets during an inspection visit of the contructions near Mir Alam Tank. Mr Arvind Kumar clarified that though no official challan was issued, as the area does not fall under ‘public roads’, he voluntarily paid the challan of Rs 135.

Gone are the days when bureaucrats, officials or anyone important could flaunt their sirens and official flags on their cars to get away with any legal violations. With the advent of social media platforms, it has become easier for common citizens to hold their representatives accountable and bring their tiniest violations into the limelight.

The last month has seen bureaucrats of Hyderabad stepping up and leading by example. When Mayor Bonthu Rammohan’s car was wrongfully parked in a no-parking zone, a responsible citizen pointed it out on Twitter and urged the Cyberabad Traffic Police to take action. The Cyberabad Traffic Police promptly issued an e-challan, which was immediately paid with equal promptness by the Mayor. Mr Rammohan also uploaded the picture of the challan on his Twitter.

In another slightly different incident, Principal Secretary Arvind Kumar posted a picture of MP Asaduddin Owaisi and himself riding on a bike during an inspection of the work at the Mir Alam Tank, where a four-wheeler could not enter the area. The Twitterati was quick to point out that both the riders were without their helmet. Arvind Kumar clarified on Twitter that it was for a short stretch at the spur of the moment, but after incessant trolling he voluntarily paid a challan of Rs 135, even though no challan was officially issued.

In both these cases, social media played the catalyst to such reactions where bureaucrats have been taking their role and image seriously. 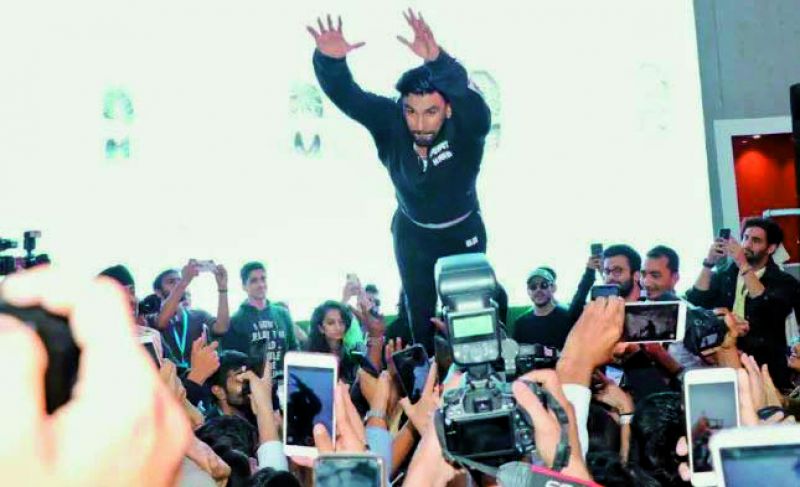 Ranveer Singh attempting a crowd-surf at the Lakme Fashion Week, during the promotional event of his upcoming film Gully Boy.

GHMC Additional Commissioner,  Musharraf Ali Faruqui says, “Social media has definitely played an important role to bridge the gap between officials and the citizen. Especially in such cases where a subordinate officer may hesitate or be a little sceptical of asking a senior official to pay a fine, social media and citizens can point them out. There are so many grievances that we, as senior offcials, would not come across if not for citizens’ prompt tweets.” Mr Rammohan also resonates with the same idea and says, “I think social media definitely plays an important role in pointing out such violations and also bringing forward other grievances in the limelight. It is an easier and faster method to connect with officials.”

However, on the other hand, as in the case with Mr Arvind Kumar, constant trolling without complete information of the incident may pose to be a problem. “Arvind Kumar sir was not technically required to pay a challan as the road inside the Mir Alam tank is not a public road. I too have faced relentless trolling when I performed a Ganesh puja during Ganesh Chaturthi. But the importance of social media platforms cannot be undermined, regardless,” concludes Mr Faruqui.