The fact is, however, that lifelong learning with the touchscreen can help counteract this development. 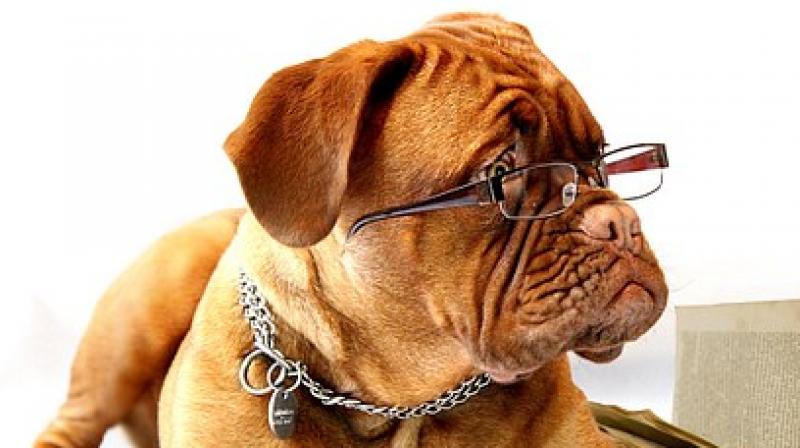 Spoiling old dogs in their twilight years by retiring them to the sofa and forgiving them their stubbornness or disobedience, does not do our four-legged friends any good, scientists say.

Physical limitations, however, often do not allow the same sort of training as used in young dogs.

Scientists led by those from University of Veterinary Medicine Vienna (Vetmeduni) in Austria propose computer interaction as a practical alternative.

The aim now is to get the interactive "dog sudoku" ready for home use.

Lifelong learning is not just good for people, it is also good for dogs, researchers said.

Unlike puppies or young dogs, however, old dogs are almost never trained or challenged mentally.

Senior dogs are usually perfectly integrated into our lives and are often forgiven for disobedience or stubbornness.

Simple mental tasks on the computer, combined with a reward system, can replace physically demanding training and still keep the animals mentally fit even in old age. F

The training works using computer-based brain-teasers. It does take some preparation to get the dogs used to the touchscreen, but once the animals have got the trick they turn into avid computer gamers.

"Touchscreen interaction is usually analysed in young dogs. But we could show that old dogs also respond positively to this cognitive training method," said Ludwig Huber, from Vetmeduni.

"Above all, the prospect of a reward is an important factor to motivate the animals to do something new or challenging," said Huber.

Using simple tasks that can be solved through touchscreen interaction, followed by a reward, even old dogs remain willing to learn.

"The positive feeling created by solving a mental challenge is comparable to the feeling that older people have when they learn something new, doing something they enjoy," said Huber.

"Regular brain training shakes not only us, but also dogs out of their apathy in old age, increasing motivation and engagement and thus maximising learning opportunities," he said.

It is still not clear whether dogs slowly forget the things they once learned because of reduced powers of recollection or due to a lack of training in old age.

The fact is, however, that lifelong learning with the touchscreen can help counteract this development.

The research team hopes that this study will not only motivate technicians and software developers, but also interested dog owners, to consider future cooperation.

"Our scientific approach could result in an exciting citizen science project to increase the understanding of the importance of lifelong learning in animals," he said.