Life   More Features  08 Jan 2018  Man saves pet dog with python on its back by holding it underwater to shake off the snake
Life, More Features

The serpent had its fangs in the dog's back and had started swallowing it when the couple rushed to rescue their pet. 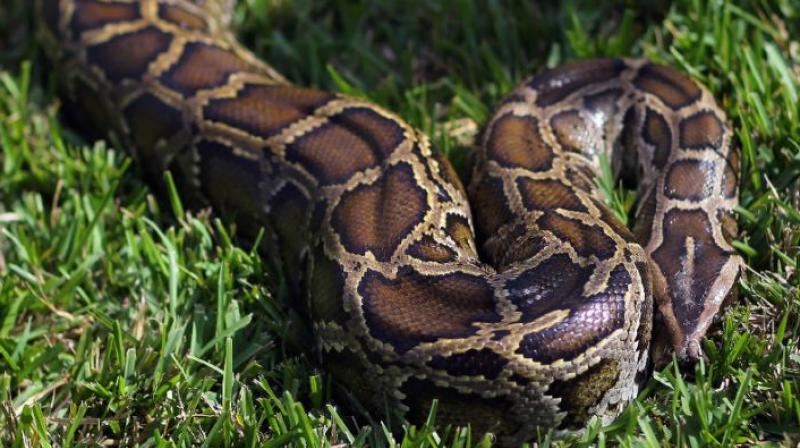 They showed quick thinking and submerged the canine's back in the water (Photo: AFP)

Everyone holds their pet dear and finding your canine in the clutch of a terrifying creature is the last thing anyone would want. The fear of such incidents isn’t entirely irrational since several incidents about cats and other animals being attacked and swallowed by serpents have been reported in past few years.

Mark Chapman from Queensland had just started his morning when he was shocked to find his puppy in a horrifying situation. A python had lodged its fangs in the dog’s back, and had started swallowing the canine named Widget.

The man and his wife rushed to their pet’s rescue as they showed quick thinking and submerged Widget’s back in water. The effort paid off as they were able to shake off the snake which would’ve ingested the pup if they hadn’t intervened in time.