Top emitters in 2017, which covered 58 pc of global emissions, were China, US, European Union and India. 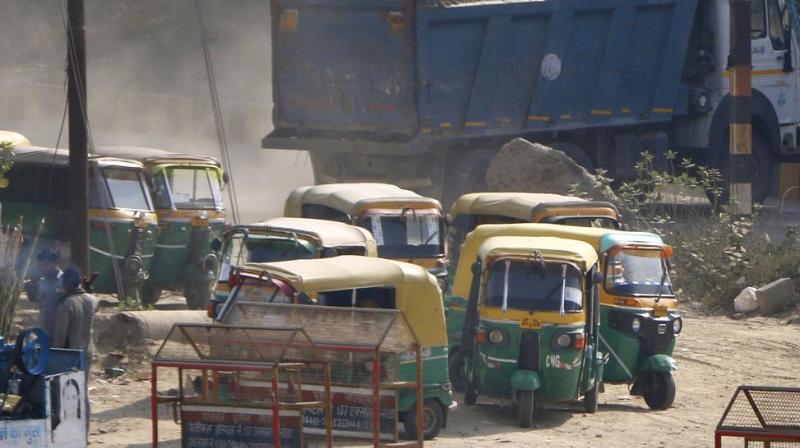 India's emissions look set to continue their strong growth by an average of 6.3 per cent in 2018. (Photo: PTI)

New Delhi: A study has said India is the fourth highest emitter of carbon dioxide in the world, accounting for 7 per cent of global emissions in 2017.

The top four emitters in 2017, which covered 58 per cent of global emissions, were China (27 per cent), the US (15 per cent), the European Union (10 per cent) and India (7 per cent), according to the projection by the Global Carbon Project.

The rest of the world contributed 41 per cent last year, it said.

The top 10 emitters were China, the US, the EU, India, Russia, Japan, Germany, Iran, Saudi Arabia and South Korea.

The study also said the Indian emissions were projected to grow 2 per cent in 2017, compared to 6 per cent per year averaged over the previous decade, due to significant government interventions in the economy.

In India, emissions are expected to grow by a solid 6.3 per cent in 2018, pushed by strong economic growth of around 8 per cent per year.

"Coal is still the mainstay of the Indian economy, and as in China, it will be a challenge for solar and wind to displace coal, given the strong growth in energy use," it said.

It also said that although global coal use is still 3 per cent lower than its historical high, it is expected to grow in 2018, driven by growth in energy consumption in China and India.

This group is of mainly developing countries and the five countries contributing most to the growth in this grouping in the last decade are Saudi Arabia, Iran, Turkey, Iraq and South Korea, the study said. China, India and the European Union are setting the pace.

These regions represent 40 per cent of global carbon emissions. They are set to achieve more than what they agreed to in the first round of Paris Agreement in 2015, it said.

Their leaders can step up and announce even bolder programmes at the UN summit in September, 2019, to review the commitments made during Paris Agreement, it said.

The study said that while China and India still rely heavily on coal, the US and the EU are slowly decarbonising. India can continue to deploy solar farms, leveraging its leadership of the International Solar Alliance to displace coal and clean up its smog-choked cities.

By 2020, India can announce its own fossil-fuel exit strategy and a target date for its peak CO2 emissions, the study said.

The study warned that the global emissions of carbon dioxide from fossil fuels and industry are projected to rise for the second consecutive year in 2018, by more than 2 per cent to a new record, mainly due to sustained growth in oil and gas use.