Woman delivering assembly was trying to explain to children Jesus was reason behind Christmas, not Santa. 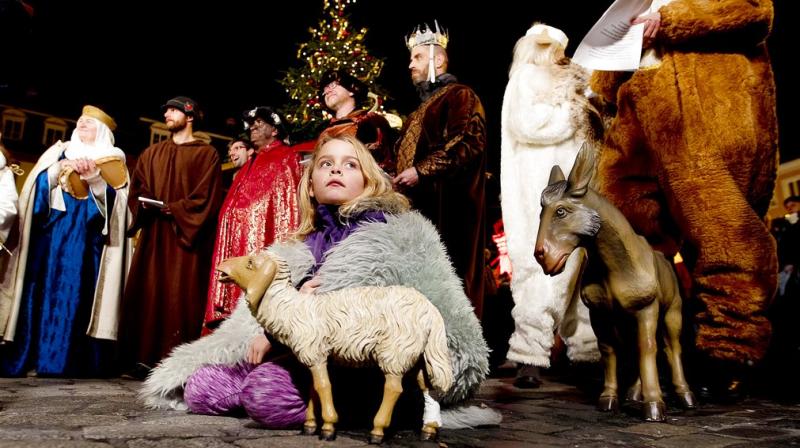 Pupils were then asked to smash up chocolate versions of St Nicholas and his reindeer to hammer home the point. (Photo: AP)

A Christian charity worker from Lincolnshire left children, as old as four, in tears after telling them that Santa was ‘made up’ during a Christian assembly.

Not only that, pupils were then asked to smash up chocolate versions of St Nicholas and his reindeer to hammer home the point.

According to MailOnline, parents said their wards returned home devastated, following the sermon by a children's worker from a Christian charity.

The head teacher of Fleet Wood Lane School in Spalding, Lincolnshire, insisted that the children were not told 'Santa does not exist', but has since apologised and said the school would no longer be working with the group.

The Mary Bass Charity, which seeks to 'further the religious and other charitable work of the Church Of England' in the Lincolnshire district of South Holland, said it was investigating.

According to reports, the woman delivering the assembly on Thursday was trying to explain to children that Jesus was the reason behind Christmas, not Santa, who had been 'made up'.

They were asked to demonstrate they understood that there was more to Christmas than sweets and presents by smashing up the chocolate.

Parents said many took this to mean Santa did not exist and some parents said they would be refusing to let their children go to any other assemblies delivered by the woman.

The row comes after children as young as nine at St Cuthbert's Church of England Primary in Darwen, Lancashire, were asked to research whether Santa Claus exists as part of their homework.