In a shocking revelation the man said he and his neighbour love eating cat meat. 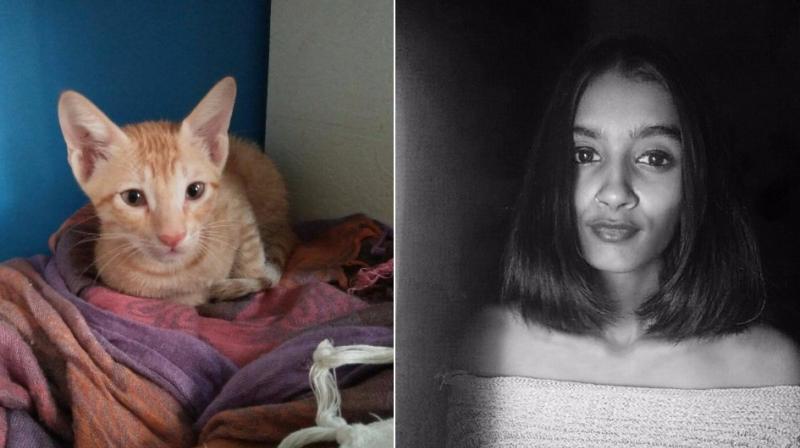 Nancy Kadarikota and one of the rescued kittens. (Photo: Facebook)

Every day we come across incidents of animal abuse which make us question our moral values and basic humanity. Something similar happened when 19-year-old Nancy Kadarikota from Ghatkopar East posted on social media looking for people to provide homes to five abandoned kittens that she had rescued.

“Somebody had abandoned these kittens behind my building so I took them and I have been taking care of them since 2 months now,” says Nancy. She goes on to add that the reason she was looking for a forever home for them is because she already has two big cats and it would not be feasible for her two keep more.

Soon after she had put up the foster post on social media, a man who calls himself Kevin Dsouza (his identity is yet to be verified) pinged her and assured her that he would like to adopt two of the kittens.

“I posted a foster post in all the groups. I have been searching a forever home for them for months and while a few people showed interest they brought back the kittens twice.”

She adds, “This man sent me a text saying he is ready to adopt two kittens. He belonged to the same pet group that I was a part of in Mumbai.”

However, as the conversation progressed, it turned out that the man had far more sinister reasons for wanting the helpless kittens. 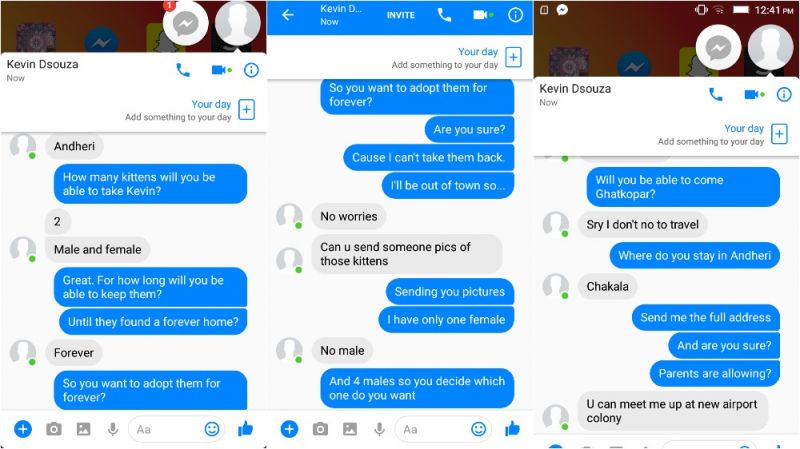 Conversations between Nancy and Kevin 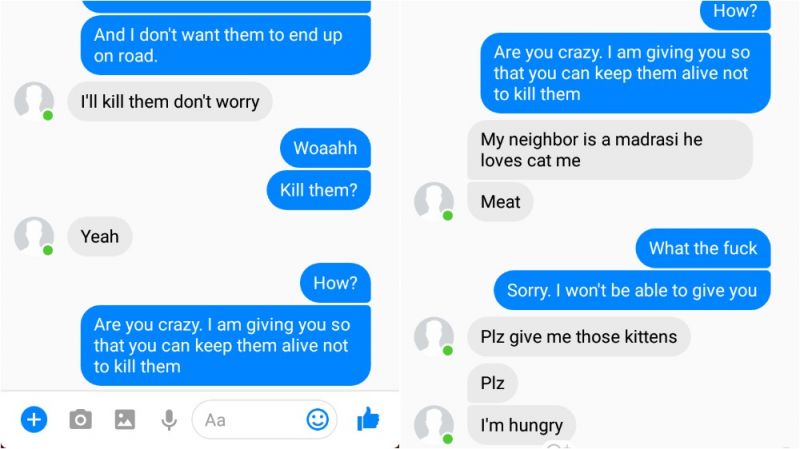 Conversations between Nancy and Kevin

“He asked me for pictures of kittens,” says Nancy.

“He wanted one female and one male. I gave him pictures and details but when I asked him to come at my location to pick them up he said he couldn't come so I asked him his address.”

The man, who claimed to live in Chakala however, said something so shocking that it sent chills down Nancy’s spine.

“I asked him for assurance as I won't be able to take them back again… and it was then he said, ‘Don't worry I'll kill them as me and my neighbour like cat meat.’”

As soon as Nancy posted the conversation on social media, he blocked her.

Social media however, was shaken.

While one person posted, “Screw him... Such jerks are always there... Hopefully you would get a sane parent for them... Cheers.” Another said “I strongly believe he is some pervert who targets girls/ woman animal lover. I feel, He may get dangerous if ignored! Please spread this information on Facebook as much as you can!”

But the highlight was when another social media user saw the post and became aghast since the man had volunteered to look after her GSD when she wanted to go out of town.

“OMG! This is the same guy who answered on my post to foster my GSD for free while I'm outta town! Thankfully, I thought I'd rather pay but give to someone with experience where my dog will be happy plus make new doggie friends!”

However, no one knows if Kevin Dsouza actually exists with a lot of people saying that it was be a fake account created by someone looking to troll others, while others saying he should be reported. 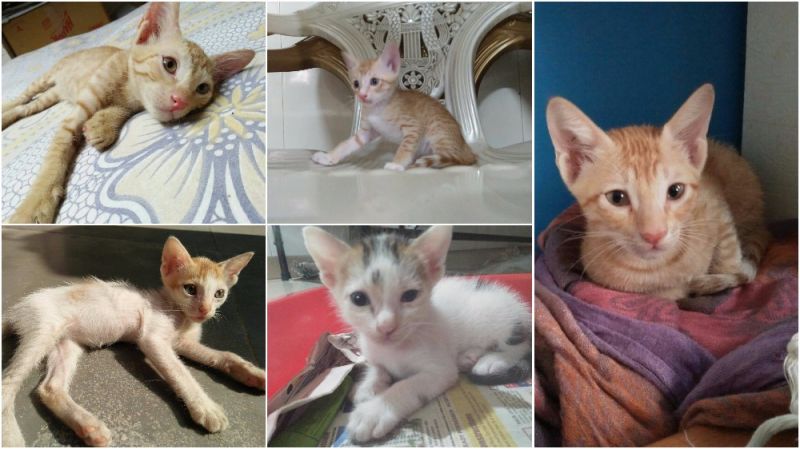 The kittens rescued by Nancy

While the authenticity of the account is still being questioned, the entire episode has left Nancy visibly shaken who says, “I don't know whether he was joking around or was serious but this is something cruel and stupid. I can't believe such people even exist.”

Please do get in touch with Nancy Kadarikota if you want to give a forever home to any of the adorable kittens.