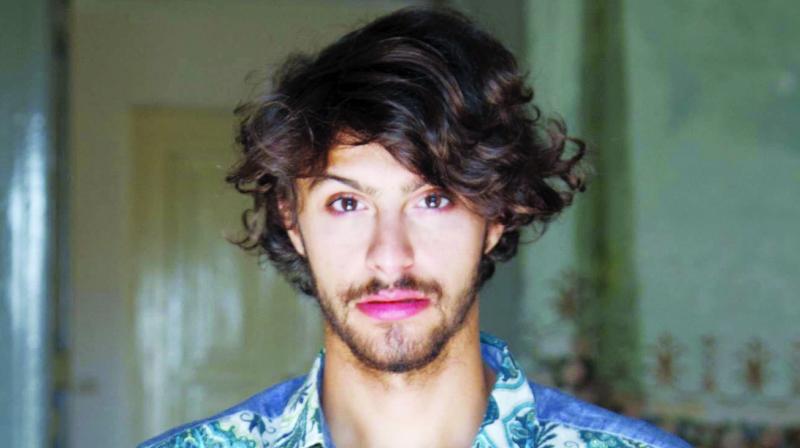 “Earlier, I believed the best way to create beautiful jewellery was by picking up stones and then creating a base design, however, in India, it is the other way round,” claims Italian born jewellery designer Angelo De Luca, who uprooted himself from the heart of the fashion hub, Rome and decided to make Mumbai his study room. The Italian designer is now learning the nuts and bolts of Indian jewellery making through an internship under the tutelage of designer Darshan Dave of Diosa Jewels.

Angelo has been an important part of the fashion circle in Italy and wears many hats. He is a tutor-cum-designer at the Accademia Costume & Moda in Rome, a designer for Sabanis in Athens, a visual merchandiser for Hebe Rome, and a Jewellery and accessories designer for Atelier Simonetta Cesarini, among other things. Over the last two months in India, the designer has scoured the by lanes of Mumbai’s Jewellery haven, Zaveri Bazaar and the quaint cobbled streets of Colaba Causeway to understand the pulse of the old and new world jewellery design. Furthermore, he has also visited the Elephanta Caves and the Gateway of India to get a feel of Indian artworks that would accentuate his understanding further. He says, “Indians buy jewellery for almost every occasion. The market here is flooded with a demand that triggers the creation of unique pieces by jewellers. Indian jewellery is inspired by the art of temple, palaces, culture, festival, gods and goddesses. As an artist, it’s marvellous to work in a place where every corner is an inspiration and every second is a motivation,” he declares.

While westerners perceive Indian jewellery as restricted to heavy royal pieces, he says that western artists have always found it fascinating to explore Indian works of art. His stay here, however, has also been helpful in busting the myths around Indian jewellery, “After exploring the art of jewellery in India, I discovered that Indian jewellery market is also well entrenched towards sophisticated and delicate pieces that are comfortable and easy to wear,” he remarks.

Certainly, no one can beat Indian jewellery in terms of royalty and elegance and that's precisely what puts it on the world map, agrees Angelo, “In India, jewellery is not just restricted to being a statement piece, but it also depicts religious motifs that are unbeatable by any design in the west,” adding, “Indian jewellery is soulful and rich. Human faces, animals, monuments and symbols are crafted on the jewellery and every piece of Indian ornament conveys a story,” he says.

Angelo’s favourite picks from his Indian jaunts are the kalanki, kamar bandh, maangtika and borl. He says, “I found all of them very unique and appealing.” His list of favourite designers includes Viren Bhagat, Sabyasachi Jewellery and Amrapali Jewels among others.

Ask him about the ways in which India can improve upon its market and he's quick to point that Indians are only focused on traditional jewellery, with only a handful of designers eyeing contemporary designs, “The Indian jewellery market is huge and people are adopting a diverse culture. I noticed that most of the jewellers in India have a good hold on traditional jewellery, but only a few are experts in the contemporary, sophisticated and comfortable jewellery market,” he says adding that “Indian jewellers have a great added advantage of incorporating the rich culture and history of jewellery in their country to be able to compete with the innovative markets of the world.”