Man, what a woman!

The trend of gender neutral clothes is changing the face of the fashion industry with more women opting for both comfort and chic-ness! 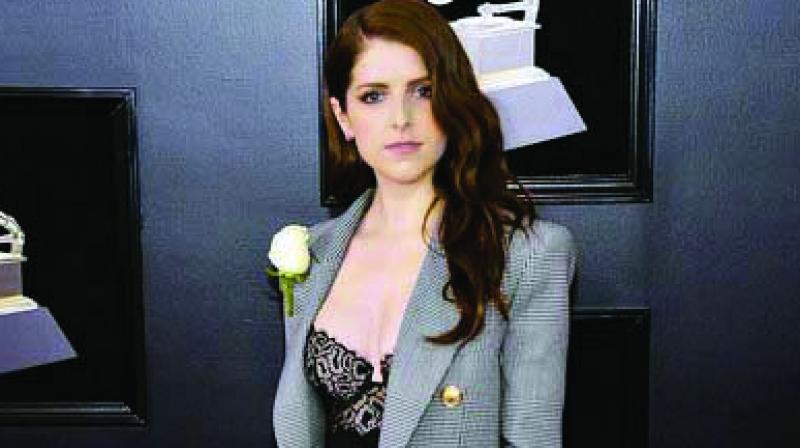 Borrowed from men, styled so-much better on women – undoubtedly, the ultra-chic androgynous silhouettes are the flavour of the Fall/Winter 2019. Look at the runway or the red carpet, gender-neutral wear for both sexes are definitely in vogue, and we can’t help but notice how global brands and A-list celebrities are swooning over the customised pantsuits and tux vest paired with skirts.

At the recently held Ralph Lauren ready-to-wear show in New York, which was inspired by classic Hollywood, we saw the models sashaying at the ‘Ralph’s club’ in classic black and white tuxedo-style jumpsuits, sequined satin jackets in red and yellow, chic dresses, skirt-and-shirt and vest ensembles with cuff details and matching bow and tie – completely mesmerising the onlookers with powerful but simple, straight cuts and sharp looks. Taking a cue from the show, other brands are also promoting the trend as a highlight and creating their versions.

For popular designer duo Lecoanet and Hemant, this season’s the focus is highly on androgynous prints and silhouettes. Speaking about the design philosophy of this trend, the duo reveals, “Pinstripes and checks are seen on pantsuits while blazers get a boxy makeover with defined shoulders.”

The gender divide is ever narrowing in terms of lifestyles, and it reflects strongly upon urban sartorial choices. Designer Nidhi Yasha points out that androgyny is big in 2019, and it has been trending for a while now. Nidhi says, “Utility details like big or deep pockets and comfort-oriented silhouettes like boxy shirt dresses, and easy skirts, trousers are here to stay. So far we have seen and will further see the return of exaggerated shoulders and easy, flowing dresses and bottoms. Androgyny is inherent in this season’s trends in a more subliminal way, almost as a way of life, and not as a desperate war cry where women needed to state their presence by power dressing and that meant dressing up like a man. Times are changing – a woman dresses up like a woman, feminine, yet comfortable and strong.”

As a movement and as a philosophy, the need to remove gender-based dressing is evolving constantly. Just like we’re evolving from ‘being a feminist’ to ‘undertaking feminist actions. The needle has inarguably been moved here and globally, legacy houses like Gucci, Burberry, and Calvin Klein have collapsed male-female dichotomies by merging their women’s wear and menswear, opines designer Aashima Behl. She believes that fashion has the power to permeate and dissolve all stereotypes, and says, “Fashion industry’s electrifying this cultural moment with terms like agender and ungender. Over the last half-decade they have been using interchangeably androgynous garments mainly geared towards women, unisex styles and for men. The current Ralph Lauren show is the erasure of gender altogether or an expression.”

“We aim to create a third identity which stands for neither of the binaries and yet for both. So, we incorporate colours, details, and silhouettes which might be considered both, feminine and masculine hi-fashion pantsuits, unisex tuxedo and blazer dresses. We emphasise on the areas where we’re typically told to constrain to look more feminine. For example, a lot of transfeminine people are made to feel self-conscious about having broad shoulders – so we want to give big and dramatic shoulders for a classic pantsuit,” concludes Behl.