Thailand is in multiple ways influenced by Indian and Chinese culture. 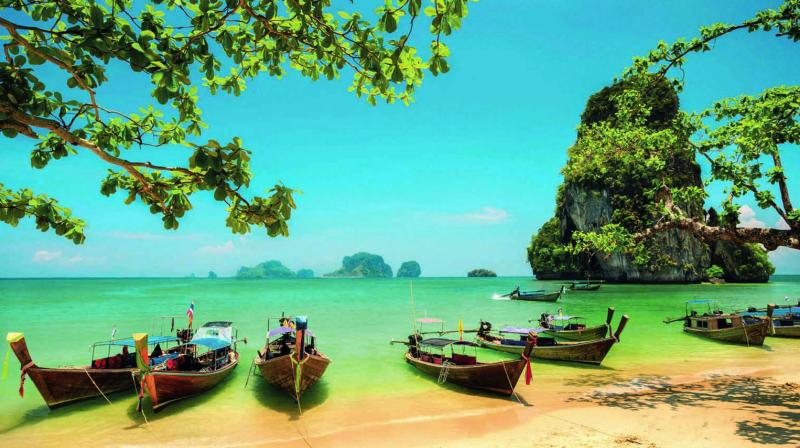 There are many reasons why Thailand is one of the most famous tourist destinations in the world.

Thailand always makes me smile. It is the land of smiles. Ever since I visited Thailand in 1994, I have been fascinated with the culture and beauty of the country. What amazes me most is the friendliness of Thai people. This is also because Thailand is a country of historical acculturation. Over thousands of years, Thai culture has absorbed Indian, Chinese, Siamese, Burmese and other cultural streams. This is reflected in their food, clothes, temples, etc.

There are many reasons why Thailand is one of the most famous tourist destinations in the world. But the most important reason is its cleanliness. In Asia, Thailand is one country where I have always seen clean public toilets. One can go to any bus station or railway station or public park, and the toilets are so clean. People may ask what is there in a toilet? Public toilets in a country are indicative of the social attitude as well as governance in that country. The second aspect that makes Thailand a favorite destination is that it is a relatively safe country with friendly people.

Also important is its street food culture. One can go to the most expensive restaurants in Bangkok or to a street food vendor. This not only gives a whole range of options, but also makes food affordable to all. One can have food from some of the best hotels at an affordable rate.

Most tourists come to Bangkok for shopping or entertainment. However, the real Thailand is in its forests and beaches, at places like Krabi, Kanchanapuri, Kho Chang and Chang Rai.

Thailand is in multiple ways influenced by Indian and Chinese culture. Siam (as it was known previously) evolved through its earlier Suvarnabhumi and Sukho Thai kingdoms, the Ankor Wat culture, and thousands of years of maritime trade with south India. Likewise, Thai culture also influenced India in many ways. Assam  was once ruled by the Ahom dynasty from Thailand. Chinese culture influenced Thailand through its northern parts. This syncretic culture is what makes Thailand beautiful. It has evolved as an important bridge between South Asia and South East Asia.

There are so many misconceptions about the Thai massage. It had emerged as a part of the temple culture in Thailand. Even now, some of the best Thai massages are available in some temples. I’ve lived in Thailand for many years and it is a country that makes me feel at home. Maybe it’s the tropical climate or the cuisine — tapioca, pumpkin, fish and coconuts are used. The food too makes me smile in Thailand.

(John Samuel is an international  traveller, and researcher on internal relations, public policy and governance)