10 mothers who killed their own children

Mother’s love is like no other, but what if there is no love left? We list ten most shocking moments when mothers killed their children. 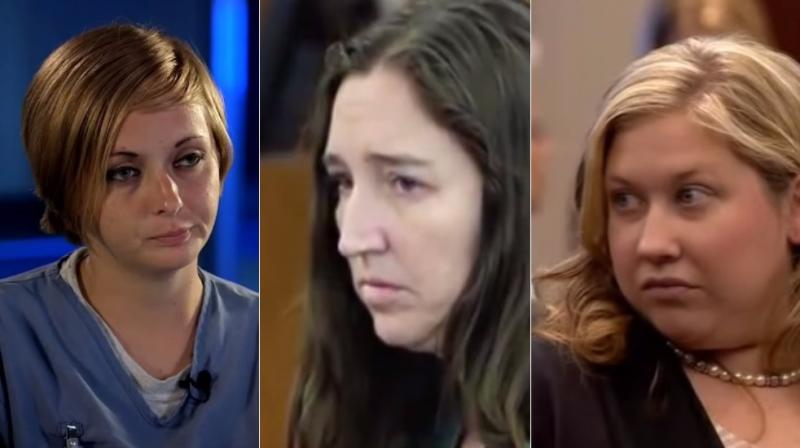 They say that a mother’s love knows no boundaries and that mums can do anything for their children. But what happens when mums turn killers?

A young mother in Flintshire has been charged with poisoning and murdering her seven-week old son. Hannah Turtle, 22 of Shotton has been charged with two counts of poisoning and three counts of ill treatment in the death of her baby James Hughes. It is thought that Turtle administered antidepressant drugs to baby James which led to his untimely death.

But she is not the only one. Life takes a turn for the worse when the women who gave birth to you are the one’s who take your life away.

It turns out that this is not something new. The idea of a mother killing the baby she kept inside for nine months is incomprehensible, but we list ten of the most gruesome killer mums this century saw.

Lindsey Lowe: Lindsey Lowe is a 25 year old woman who killed her twins only a minute after each was born on September 12. She had given birth to the babies in her toilet and did not want her parents to know that she was pregnant. The new mother put her bare hands on the mouth of each twin until they fell silent and stopped breathing. She then went on to hide the dead babies in a laundry basket inside her room and covered it with a blanket. Their presence in the home was reported to the police by Lowe’s father.

Nicole Kelly: Nicole allegedly killed her 11 month old son in July 2014. The 22 year old took the dying son to ER where he was pronounced dead. The mother was a maid who had wrapped up her son in a sheet so tightly that he could neither breathe nor move. While, initially she appeared to be upset and expressed as much on social media, when police interrogated her it turned out that she had reached her breaking point. “I didn’t want him anymore,” was what she told the investigating officers.

Bianca N: She left her four-month-old daughter in her apartment while she went to a Halloween party. Wrapped up and fed, the baby lay there like that until mum came back to find her dead. She fled the scene and did not return until the corpse was discovered by social services. The mother claimed that she had only wanted to go for a few hours but was knocked down for several days by 300 Euros worth of drugs. However, it turned out that the baby was underfed for several weeks and it seemed that Bianca went around telling people that her daughter would die of a brain tumour. It seemed that the baby was left to die of starvation, while mother dearest partied.

Megan Huntsman: The 39-year-old murdered six of her own children, one after the other. She admitted to suffocating the newborn babies over a period of ten years between 1996 to 2006 and then hid their bodies in boxes which she would keep in the garage. Only one of her seven babies survived. The authorities were tipped off by her husband when he found a baby wrapped in plastic in the garage.

Deanna Laney: Another example of mother’s love gone horribly wrong, late one night in May 2003, Deanna Laney awoke and led her two oldest sons, eight-year-old Joshua and six-year-old Luke, outside her home, where she proceeded to smash in their skulls with a giant rock. She was found not guilty by reason of insanity.

Ka Yang: The woman from California burnt her seven weeks old baby in the microwave oven in February 2012. She let the oven run for two minutes and radiation cooked the child’s intestines and stomach. This was confirmed by a pathologist. One wonders how could a mother cook her own child.

Alexandra V. Tobias: She shockingly killed her 3-month-old son because his cries were distracting her from playing Farmville on Facebook. Alexandra told the police that she left the game and shook the boy when he would not stop crying. Then she smoked a cigarette and shook the boy again. This act could have damaged the baby’s brain and caused his death.

Frances Newton: A planned murder, 21-year-old Frances from Texas used her boyfriend’s gun to kill her husband, seven-year-old sun and 21-month old daughter after having their lives insured. She was given the lethal injection in 2005.

Robin Lee Row: Robin Lee Row is famous for being Idaho’s only female Death Row inmate. She apparently turned off the smoke alarm in her apartment where her estranged husband, ten-year-old son and eight-year-old daughter were living, squirted a liquid accelerant all over and set the house on fire killing all of them. She had previously collected $28,000 in a life-insurance policy for another son who had died in 1980 when his blankets caught fire from a portable heater.

Andrea Yates: She methodically drowned all five of her children—aged seven years down to six months—in the bathtub of her home in Houston and told the police and psychiatrists that Satan had ordered her to kill them.