From despair to ground breaking

Vetran beauty expert opens up about the her business being a part of the course of Harvard Business School. 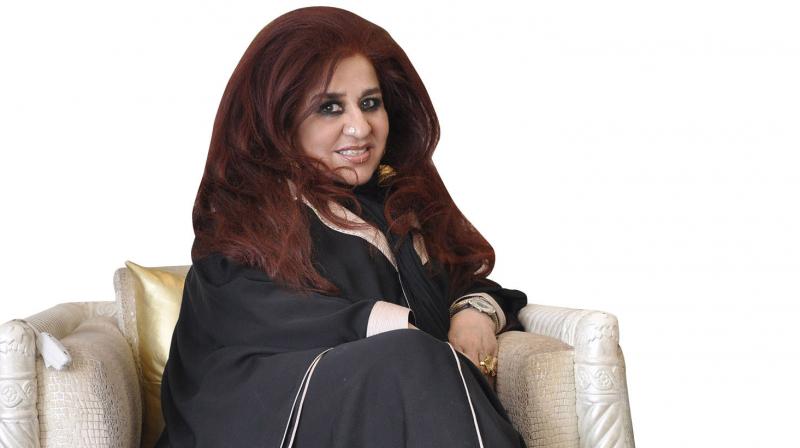 The founder of Shahnaz Husain Group, Shahnaz Hussain needs no introduction. At the age of 15 she got married and by the time she turned 16, she was a mother. “Life seemed perfect, but I was bored with the drudgery of endless routine, but then my mental upheaval began. I was always interested in beauty and in making others beautiful, so, I decided to make this as a career.” Shahnaz shares.

Shahnaz Hussain started her beauty saloon in 1971. Sharing her experience, the veteran beauty expert Shehnaz said, “My husband was posted in Tehran at that time. I worked my way to the leading beauty academies of the West. While training in London, I came across various instances of beauty related damages caused by chemical treatments, and I started searching for a natural alternative. My study of Ayurveda convinced me that it could offer answers to natural beauty care. I returned to India and started my first herbal salon in New Delhi.”

She is renowned for taking India's herbal heritage to the world. While the beauty lies in the eyes for the beholder, Shahnaz believes, that everyone should achieve financial independence. “I began to extend my salons on a unique franchise system. I started encouraging ordinary housewives to start a beauty salon in their own homes and thus achieve financial independence. This way they could have a career and yet be close to home and family,” Shahnaz said.

“I trained them and gave them the franchise by which they could carry out specialized treatments. It was the beginning of my franchise system and beauty training academy,” she adds.

Talking about her journey Shahnaz shares, “In order to implement my ideas of natural beauty care, with an emphasis on the good health of the skin and hair, I started customizing beauty care, with a personalized style, based on individual needs and problems. After which, I adopted the concept of 'herbal care and cure'. I rejected the existing salon treatments and devised my own.”

“We also began to formulate my own products using plant ingredients and natural substances, based on the Ayurvedic system”, she adds. She started her business at a time when a woman wasn't allowed to grab opportunities and was often expected to put the house needs first over anything else.

“Translating my dreams and ideas into reality inspired me to become an entrepreneur. I knew that the only way I could translate my ideas was by starting my own herbal salon and thus implement the ideas of herbal and customized beauty care. I had to overcome social and economic hurdles. It was a time when women were just stepping out of their homes into the career world. I started my career in a small way at my house. It was my family's support and understanding that helped me,” Shahnaz added.

Sharing her experience, Shahnaz said, “Entering the international market was the biggest challenge. In 1980, I participated in the ‘Festival of India’ in London and was given a counter in the Perfumery Section at Selfridges. In the face of fierce competition, to stand up alone and sell India's ancient civilization in a jar was not easy. To everyone's surprise, the entire consignment sold out in 3 days, breaking the store's existing cosmetic sales records. From there, we moved on to Harrods in London, Galeries Lafayette in Paris, the Seibu chain in Japan, La Rinascente in Milan and El Certe Inglis in Spain.”

She believes that nothing is impossible. One can be what they want to be and can make their own destiny.

She was invited by Harvard Business School to speak on how she established an international brand without any commercial advertisement.

“Even at a time, when the demand for the product is sustained through commercial advertising, I have never relied on it. Subsequently, I became a Harvard case study on brand creation. After an interview conducted by Harvard, I am now a Harvard subject and part of the curriculum on Emerging Markets,” she adds.

“My independence of spirit was an inspiration itself. I knew that I must have the freedom to implement all my ideas and this can only be done in one's own enterprise. I had the burning desire to create something and to establish my ideas and innovations. I wanted to be someone who could make a difference. This was my guiding inspiration,” she concluded.