Giving Shape to a Shifting City

All these characteristics remind us of our very own city, which has been combating the issue of migration for generations. 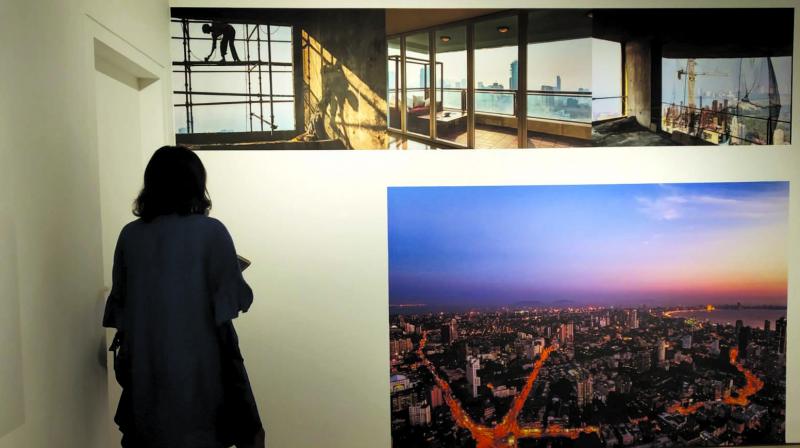 As you stroll around Gallery MMB at the Goethe-Institut/Max Muller Bhavan, you get the feeling that you’re strolling through the bustling streets of not just Mumbai, but also those in the swarming cities of Hamburg, Berlin, Frankfurt, Stuttgart and several others in Germany. If you’re wondering what could the city of Mumbai possibly have in common with its German counterparts, the writing (and paintings and photographs) is on the wall, literally, as an exhibition titled The Shifting City draws out a mutually experienced phenomenon that unites these geographically distinct cities – the issue of migration.

One recalls how in 2015, Germany saw an influx of over a million refugees as the country followed an open-door policy towards those fleeing persecution in war-torn countries, especially Syria. The challenges, learnings and experiences that emerged from this refugee-welcoming exercise inspired the creation of a project called Making Heimat. Germany, Arrival Country in 2016, and a part of this project is on display at The Shifting City. The Making Heimat. Germany, Arrival Country exhibits at Gallery MMB give us a peek at how Syrian, Afghan, Turkish, Vietnamese and other refugees live in their new ‘home’ cities in Germany, how their lived realities transform and shape the economic, social and cultural fabric of these cities and the steps taken by various governments to cope with the influx. One is also provided with a list of distinct characteristics that make a city an ‘Arrival city’, like the proliferation of semi-legal, but workable housing and employment practices, the existence of ethnic economies and immigrant neighbourhoods and how these cities act as ‘transitional spaces’, where displaced people initially struggle, but eventually, find a footing in a foreign land. 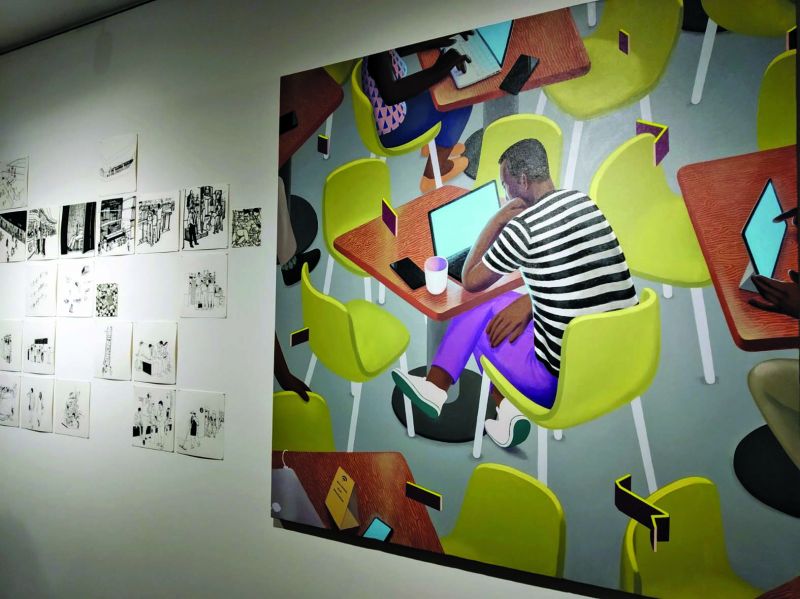 All these characteristics remind us of our very own city, which has been combating the issue of migration for generations. Curator of The Shifting City, Kaiwan Mehta, puts this realisation into words when he says, “Mumbai has been a city of arrival for a long time, so it has a certain kind of ‘accumulation of arrival’. It also produces this sense of having ‘arrived’ in a way because, by coming into this city, you feel like you are a part of a larger, global, cultural and financial network. If people are coming to this city with this feeling, what are the kinds of demands that are placed on the city? And architecture and spaces are those locations where there is an expression and exhibition of these aspirations and imaginations of what it means to be in a global city like Bombay.” The second half of the exhibition explores the answers to these questions through paintings, sketches, photographs and essays that capture how migration has impacted everything, from public spaces, employment and community life to our inner lives and the way we interact with our surroundings.

Artist Sameer Kulavoor’s sketches and paintings not only document life in an urban metropolis but also make us look closer at the kind of lives and interactions that abound there. So, it’s not uncommon to find the ubiquitous cell phone in several of his sketches, where the gadget serves to alienate, entertain, assist and sometimes, make the private, public. Ritesh Uttamchandani’s perceptive photographs zoom in on the ordinary and the every day, but in a way that moments of hope, humour, love, irony and eccentricity are highlighted, thus making the mundane, extraordinary. One of his photographs describes best the photographer at work – that of a fly on a glass pane, quietly observing all that in unfolding around it. One can also mull over the ten essays penned by journalist Rachel Lopez, which document her thoughts and observations about the ‘emerging Mumbai’, but in her trademark zany style. Her discerning musings make us re-think old definitions of the city, like the ‘resilient city’ or the ‘city of dreams’ and forces us to look at the over-burdened Mumbai creaking under the weight of both population and aspiration.

The exhibition also has on display the existing works of three more artists – artist Sudhir Patwardhan and photographers Pallon Daruwalla and Peter Bialobrzeski. While a scaled-down version of Sudhir’s seven-paneled artwork titled Mumbai Proverbs offers a fascinating glimpse of how architecture and public spaces give shape to a city as well as the interior and exterior worlds of people, photographer Pallon Daruwalla’s photographs remind us how sometimes, the city is seen as an object, a crucible of socio-economic mobility, but the side-effects of aspiration is forgotten or willfully ignored. In Peter Bialobrzeski’s photographs, aspiration is crystallised into visuals of infrastructural development, but the gaping holes in the city’s economic fabric can still be seen. Additionally, the exhibition also has on display extracts from two projects that focus on housing in the city. One is from State of Housing: Aspirations, Imaginaries, and Realities in India and the other from Extreme Urbanism IV: Looking at Hyper
Density - Dongri, Mumbai (Harvard University).

Ongoing till May 26 at Gallery MMB, Max Mueller Bhavan.