What started as a way to earn some pocket-money, has got Hindi tutor Pallavi Singh the likes of William Dalrymple & Jacqueline or students. 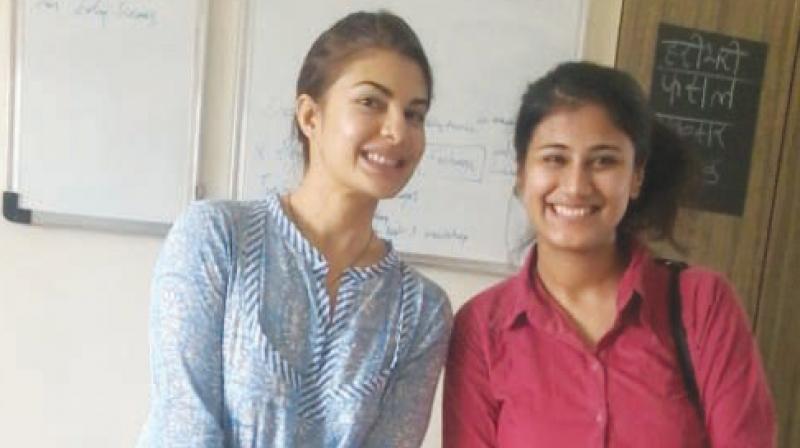 She is all of 26, but Pallavi Singh is a teacher to the likes of William Dalrymple. The Psychology major from Sophia College for Women, Mumbai makes a living by putting together Hindi lesson plans for William, Bollywood actress Jacqueline Fernandez and Internet sensation Natalie Di Luccio among others. Her business, titled Hindi Lessons For Foreigners In India, teaches expats and Mumbai locals who need a quick brush over their command of the language.

But growing up to become a Hindi tutor wasn’t something that Pallavi aspired to be. The brainwave to teach Hindi emerged simply out of the need to earn some money on the side.

“I mainly started tutoring for financial stability,” she recalls. Although she pursued a degree in engineering in Delhi, conducting Hindi tuitions was a way of saving up money for her psychology degree. “Even when I landed in Mumbai, I continued teaching because I wanted to sustain myself. But I ended up making a full-time career out of it,” she admits.

In a span of six years, she has taught more than 600 students. Admittedly, one of her favourite students included the celebrated author, William. The author incidentally became a student after she wished him on his birthday on Facebook, mentioning that she would love to teach him Hindi. “I wasn’t expecting him to respond. Obviously I was overjoyed when he got back to me,” gushes Pallavi. She reveals that her lessons helped break a lot of stereotypes for him. “William, for instance, thought that sabzi means the colour green, because he saw a lot of menus in India with the term sabzi!” she recalls.

Jacqueline, too, got in touch with the tutor to understand the nuances of language. “Jacqueline obviously understands Hindi. But she needed a few grammar and diction lessons,” says Pallavi.

The actress clearly has impressed Pallavi with her dedication. “She was extremely patient though the three-month session. She wanted to understand the local undertones in a language. For instance, take the phrase pachaad dena.  It means knocking someone down, but a phrase like this isn’t used in daily parlance.”

Pallavi’s sessions include props, gold stars, stickers, puzzles and crosswords in Hindi to help her students learn better. An evening at the local stand-up gig is also a part of the curriculum. But if there is one session that her students look forward to, it is the lecture that she has dedicated towards Hindi slangs. “This is actually one session a lot of people look forward to mostly because expats have heard slangs from their colleagues, or they have been subjected to slangs. You need to sit through his session to witness them finally understand the meaning of a cuss word!”

Pallavi has also been a speaker at TEDx, which, she admits, gave her the validation about her career choice. “I don’t have a fancy degree or come from a family of means. So for me to stand there with these achievers gave me a sense of validation. Talking at TEDx reminds me that your qualifications or designations don’t matter in the long run if you aren’t passionate about it.” We concur.